Why brands should pay attention to Singlesâ Day 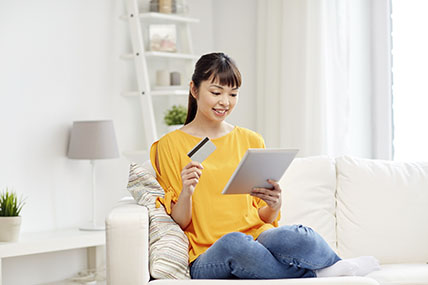 Singles’ Day is the world’s largest shopping day. In 2015, sales reached $14.3bn, more than double that of the US-driven Black Friday and Cyber Monday combined. Traditionally, online shopping events such as this are a time when shoppers stock up on consumer durable goods such as TVs and audio equipment. But Singles Day has become so significant that it now covers all categories.

Currently 4.2% of China’s FMCG spend is online. Kantar Worldpanel forecasts that this will rise to 15% by 2025 and be worth $36bn per annum. To put this into context, globally 4% of FMCG spend is online and this is forecast to rise to 9% in the same period at a value of $150bn.

While Singles’ Day is important for all brands, it’s a particularly valuable event for those looking to sell in China for the first time. Many international brands are now capitalising on the opportunity to enter the market with a bang.

There is no doubt that Singles’ Day drives more people to shop online for FMCG goods. In 2009, the year that the event started with just 27 merchants, online penetration for FMCG was 7.7% and by 2015 it had risen to 16%. We predict that in 2016 online FMCG spend during Singles’ Day will rise to more than 20%. Although the growth of online is partially at the expense of offline, some of it represents is genuinely new sales, representing growth for the sector.

While traditionally retail trends move from offline to online, with Singles’ Day it is the reverse. What started as a purely online event has now moved offline as traditional retailers such as Wal Mart and Vanguard start their promotions early with a focus on the 11/11 event.

The interesting feature of this year’s event is that Singles’ Day has moved beyond being a day for retailers and has become a way for brands to promote themselves. Activity now starts a full month ahead of 11/11 with levels of preparation and investment to rival the Super Bowl.

More prestige brands are now launching on Tmall during the event and all the big manufacturers, like P&G, Unilever and Schwarzkopf, have campaigns to promote their bestsellers in large pack sizes on their Tmall stores. JD.com also created a “Personal Care Special Day” with 50% off personal care products for shoppers spending over 199RMB.

As might be expected, the stock-up effect of Singles’ Day is a factor for FMCG brands, particularly for those which can be easily stored. In last year’s event, 30% of the FMCG goods purchased were baby care and 22% were personal care, and there was a definite peak for hair and oral care products too.

In a survey, conducted in late-October 2016 by CTR and Kantar Worldpanel, food was the second biggest category that shoppers intend to buy in 2016, with 23% of shoppers planning on making a food purchase. At last year’s event food sales were driven by dairy, particularly UHT which also plays to the stock-up mission.

In line with 2015, it looks like mobile will again be the dominant category for purchasing. When asked about the ways they intended to shop during Singles’ Day, 44% of respondents said that it would be through a mobile app (not including WeChat), with a further 8% citing WeChat specifically and 16% saying that they would use a mobile platform. Laptops and PCs are still expected to be used, but only 37% of respondents were planning this.

The next step for Singles’ Day is going global. This year there are pilots in Taiwan and Hong Kong, with activity in South East Asia through Alibaba’s acquisitions planned for next year. But if Alibaba founder Jack Ma is to be believed, two billion consumers globally will be shopping on the Alibaba platform in the next 10 years. That is a market size no brand or retailer can afford to ignore.