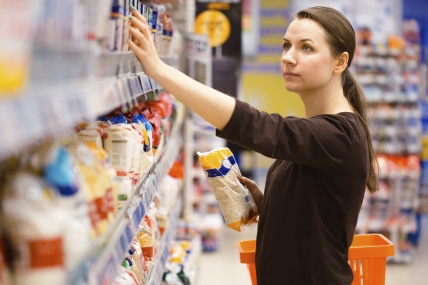 The latest supermarket share figures from Kantar Worldpanel in Ireland, published today for the 12 weeks ending 17 August, show food and drink prices rising at the lowest level for since March 2012. Grocery price inflation now stands at 1.5%, down from 1.9% last period.

David Berry, commercial director at Kantar Worldpanel, explains: “The intense price competition between Ireland’s larger grocers doesn’t show any signs of letting up. This has led to falling prices across a number of staple food and drink items. We have seen prices fall across popular products and vegetables, bread and milk are now all cheaper than this time last year.”

David continues: “Some 65% of Irish households have purchased their groceries from Lidl over the past 12 weeks – 46,000 more shoppers than a year ago. This increased footfall has helped to boost its share of the market to a record 8.5%.”

Meanwhile, despite a slight slowdown in Aldi’s sales growth which has dropped to 14.4%, it is still growing ahead of the competition thanks to increased numbers of shoppers visiting the store more frequently and spending more per trip.

Elsewhere, Dunnes Stores and SuperValu have both broadly held sales in line with last year, albeit slightly behind overall market growth. Both Dunnes and SuperValu have attracted more shoppers into their stores, by 41,000 and 60,000 respectively, however the challenge lies in enticing customers to up their in-store spend. Tesco has seen its market share drop to 25.4% and sales fall by 5.5%. Despite lagging behind the market, Tesco has improved its performance compared with last month where its sales fell by 6.2%.