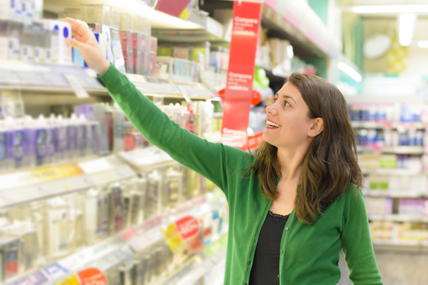 The latest supermarket share figures from Kantar Worldpanel in Ireland, published today for the 12 weeks ending 31 January, show strong growth has continued for the Irish grocery market following its impressive Christmas performance. Shopper spend has increased by 3.8% over the past 12 weeks, a slight improvement on the Christmas growth of 3.5%.

Georgieann Harrington, insight director at Kantar Worldpanel, explains: “The increased consumer confidence we saw over Christmas has continued, with little indication that shoppers are tightening their belts after the festive period. Combined with a 0.4 percentage point increase in price inflation over the past 12 weeks, this means that consumers have been spending more on their grocery shopping than this time last year.”

SuperValu remains Ireland’s number one retailer, capturing 25% of the grocery market. Impressive sales growth of 4.4% has seen the grocer perform ahead of the market, increasing its share from 24.8% last year. Shoppers visited the retailer nearly 21 times on average in the latest period – more frequently than last year – spending an additional €27 with SuperValu as a result.

Dunnes enjoyed the strongest rate of growth of the top three supermarkets with sales up 5.1% compared with last year. This is due in part to larger shopping trips – Dunnes has successfully encouraged shoppers to spend an additional €1.70 on average every time they visit the store.

Georgieann Harrington continues: “Tesco is still in second place, half a percentage point behind SuperValu, with a 24.5% share of the grocery market. However, sales growth of 1.1% makes this the most positive performance Tesco has seen since November 2012, so things are still looking up for the retailer.

“Elsewhere, Lidl has now seen double digit growth for the fourth consecutive 12 weekly period. The retailer is successfully driving growth across the board, with a higher number of shoppers visiting its stores more often and spending a larger amount each time. Aldi also posted a positive performance, with sales 2.9% higher than in 2015. The main growth driver for Aldi has been an increase in customer numbers: almost 65% of all Irish households visited the retailer within the past 12 weeks, compared with just shy of 63% a year ago.”