Spain: Mercadona leads once again in 2016 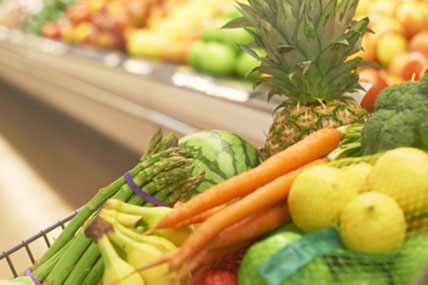 Mercadona, Grupo DIA and Carrefour are at the forefront of Spanish FMCG retail for another year

Mercadona, Grupo DIA and Carrefour are at the forefront of Spanish FMCG retail for another year, according to year-end data from the leading consultancy group in consumer panels, Kantar Worldpanel.

The retailers continue to dominate despite the added strength of new competitors, ranging from the so-called “smart discount” stores, such as Lidl and Aldi, to the pure players from the online channel, spearheaded by the high-profile Amazon.

Florencio García, Retail Sector Director of Kantar Worldpanel, comments: “2016 has undoubtedly been a year of transformation in Spanish retail, with practically all competitors making efforts to modernise their facilities, adapting them to a consumer who is increasingly demanding in all regards: a full shopping basket, close to home, with quality products at a reasonable price and in a sustainable environment.”

The fight to win market share in fresh food products has been the other great revolution in distribution during 2016, with most retail space renovations carried out with this sector in mind. With these developments, the main distributor groups continued gaining ground on the specialist channel, which fell to a 36.1% market share of this sector; 1.2 points less than a year ago, in an increasingly marked trend.

Mercadona made large strides in the second half of the year. Largely as a result of its growth in fresh food, it was able to strengthen the lead in Spanish distribution. With a market share of 23%, Mercadona gained 0.2 points more than in 2015. It ended the year with a presence in 9 out of 10 Spanish households, who shopped in the Valencian chain on at least one occasion during the year.

There was a dead heat between Grupo DIA and Carrefour in the battle for second place in national distribution, both finishing with year-end shares of 8.5%, registering the same figures as in 2015. The Spanish group has been largely boosted by its new offerings, La Plaza and Clarel. These have allowed it to gain ground in the fresh food and the health and beauty sectors, where it was previously less visible. This has compensated for the poorer performance in its traditional store format. Carrefour, meanwhile, needed to overcome the loss of appeal faced by the hypermarket channel by combining its commitment to innovation and a wide range of products with growth in its network of local supermarkets. This is an increasingly popular format which secures daily contact with the consumer, winning the battle for their daily shops, in which fresh foods feature prominently in their baskets.

Lidl was the biggest growing chain in Spain for the third year running, obtaining 4.1% of FMCG sales, an increase of 0.5 points compared to the same period in 2015. One of the key details of the “Lidl phenomenon” is that, with under 600 stores, 6 out of every 10 Spanish households shopped in the German store at least once during the last year, bringing them closer to the presence figures of Spanish market leaders. Lidl now faces the challenge of consolidating all of these new customers.

Grupo Eroski ended the year with 5.8% of FMCG sales, 0.3 points fewer than the previous year, in the year which should mark the end of its cycle of disinvestments, which has led to reduced prominence away from its main areas. However, the outlook for the Basque co-operative is encouraging. It has reinforced its position as leader in northern Spain over the last year, increasing prominence in Galicia and holding firm in the Basque Country against the arrival of new competitors.

The other large group that failed to grow during 2016 was Auchan, who suffered as a result of its poor development in the hypermarket format, falling 0.1 points at year-end with a market share of 3.7%.

Outside the large groups, 2016 was a positive year on the whole for regional distributors. They made the most of their good positioning in the fresh foods market, in which the consumer recognises them as leading experts, to increase
sales. Here, stores such as Consum, Ahorramos and Bon Preu are the highest growing chains in their respective regions.

Florencio García adds: “To finish painting the picture of 2016, we also need to talk about e-commerce. On a high profile level, we’ve seen how all of the large groups positioned themselves towards this emerging channel in one way or another, and how new competitors emerged with innovative proposals including purchases in local markets and programmed repurchases, ranging from global giants such as Amazon to local entities such as Lola Market and Ulabox.”

This meant that, in the last quarter, FMCG e-commerce grew by 40% compared to the same period in 2015, bringing 4.5 million purchasing homes into the channel over the course of the year. This channel made up 1.1% of FMCG sales in Spain in 2016; a figure which is due to grow in 2017 if the trend of the last 3 months continues, and if this group of purchasers who have been won by the channel are turned into regular purchasers.