The Spanish FMCG sector retracted by 1.2% in value 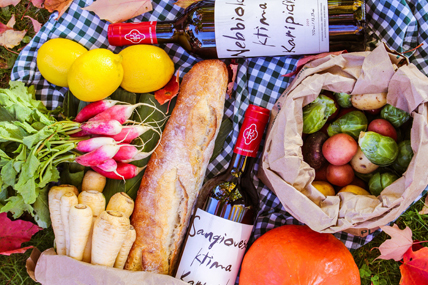 The rise in out of home consumption, and the search for cheaper alternatives to fill the cupboards, have made the Spanish FMCG sector retract by -1.6% in volume and -1.2% in value in 2016.

In 2016, an increase in out of home dining led to 5.7 million fewer meals being consumed within the home. Those particularly hit were the more substantial daily meals such as lunch and dinner.

César Valencoso, Consumer Insights Consulting Director at Kantar Worldpanel, notes: “When the crisis hit there was a significant spike in demand, because the first way in which households saved money was by staying at home. Now that the macroeconomic environment and consumer confidence is more favourable, the FMCG sector is paying the price — because us Spaniards love going out — and FMCG is adjusting to this new situation”.

From a market value perspective, inflation has only compensated for one part of the drop in demand. Sector prices have increased by 1.1% over the last year, according to Kantar Worldpanel’s Consumer Price Index based on an analysis of over 80,000 products. Of this, consumers will have saved around 0.7% by choosing cheaper products, varieties, brands and establishments. The remaining 0.4% was the excess amount they spent on purchases.

César Valencoso continues: “On a positive note, the sector maintained positive price development in an environment of falling demand and turnover, which shows that the consumer is once again looking for greater value in their purchases. They won’t buy at any price”.

According to Kantar Worldpanel’s analysis, this is one of the biggest changes the sector has seen in the last fifteen years. Before the crisis, the consumer accepted inflation even when it was above 4%. The situation turned on its head in 2008 and consumers started seeking cheaper products, even in times of deflation. They are now starting to opt for cheaper products once again, albeit without fully assuming that there is a rise in prices. Another change within the sector has been the change in private label brands. For the third year, the private label market share remained very stable in 2016 - growing less than 0.2 points - to reach 34.1%. From 2002 onwards, when private label brands made up 19.7% of the market, their growth remained uninterrupted until 2012.

In fact, these brands now offer 2.5 times as many products on shelves as they did in 2001, providing the same number of goods to the market as manufacturer’s brands. In the same period, the number of products available on the market has practically doubled, with almost 150,000 products with EAN codes in 2016 (+72%).

This has not changed the motivations of the consumer: health, pleasure and convenience remain the factors which hold the greatest influence over their lifestyle, although they have moved towards a more responsible and sophisticated concept.

When it comes to shopping, the search for convenience means fewer trips to the shops, and fuller, more varied shopping baskets. From 2009 onwards, consumers started to include more fresh foods in their shopping baskets from dynamic channels (hypermarkets, supermarkets and discount stores); in the past seven years, the share sales has increased by 10 points (from 45.7% to 55.4% of fresh foods expenditure).

One of the direct consequences of this change is that these fresh foods are starting to be placed less regularly in the shopping basket. Between 2001 and 2008, they made up 44% of the food basket, whereas in 2016 they now make up 42%.

With regards to distribution, the six main groups in Spain (Mercadona, Dia, Carrefour, Eroski, Lidl and Auchan) made up 53.5% of household expenditure on FMCG products in 2016, 16 points greater for the market share than in 2001 (37.5%).

Mercadona increased its share by 0.2 points in 2016, securing 23% of the market. Dia and Carrefour tied in second place, each taking an 8.5% share of the market, with Eroski reducing its presence by 0.3 points to 5.8%. Lidl is once again the company showing the biggest growth, gaining an extra half a point of the market share, now sitting at 4.1%. Auchan fell by a tenth to 3.7%. Away from the large groups, Consum and Aldi were the second and third most successful chains in terms of absolute growth, behind Lidl.