US: iPhone 6, iPad Air most gifted in 2014 holiday quarter 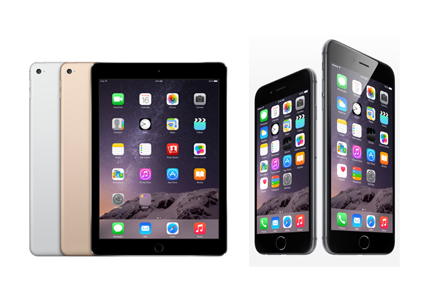 Apple was certainly top of mind for US consumers when it came to their holiday season wish lists. Nationally, iPhones represented 57% of all smartphones given as gifts while iPads made up 33.7% of all gifted tablets. The iPhone 6 was the single most gifted smartphone while the iPad Air was the most gifted tablet.

During the holiday quarter, Apple iOS also climbed to the top of the US operating system chart with a share of 47.7%. Apple is not only appealing to existing customers-it is also converting Android users: 12% of iPhone buyers during Q4 2014 were former Android users. iPhones are also attracting first-time smartphone buyers as 27.7% of iPhone sales in Q4 went to previous featurephone owners.

Changes in carriers' plans toward more flexible offerings are starting to gain some traction among US consumers. In Q4, 31% of consumers were on a "monthly installment plan," compared to 16% in Q4 of the prior year.

Worth highlighting during the most recent quarter: LG's performance. Amid stagnant or declining market share for other Android vendors, LG was able to grow its share of the US smartphone market from 7.8% during Q4 2013 to 8.3% in Q4 2014.

Samsung's great marketing push to build a strong brand presence is certainly paying off as a 93% of featurephone owners and 91% of smartphone owners planning to buy a new device in the next 12 months are familiar with the brand. Among consumers who are looking to upgrade their phones in the next 12 months, whether from one smartphone to another or an upgrade from a featurephone, 32.4% prefer Samsung.