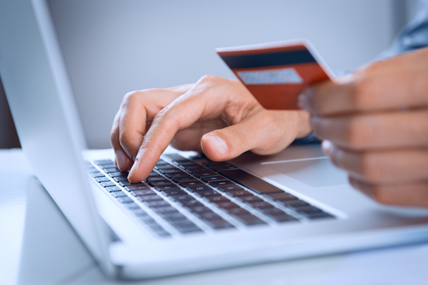 The penetration of e-commerce in county level cities saw the fastest gains, growing 48.9%.

The latest supermarket share figures from Kantar Worldpanel in China, published today for the first quarter of 2016, show FMCG spending experienced sluggish growth. Chinese consumers’ spending grew by 2.0% compared with the same period last year.
This puts consumer spending behind the official statistics for China’s economy, which reported growth of 6.7% in the first quarter of 2016.

Spending in modern trade (including hypermarkets, supermarkets and convenience stores) declined by 0.5% in the first quarter of 2016, as shoppers moved to other channels such as e-commerce. Geographically, the West is ahead of other regions, with growth rate reaching 4.6%. This is primarily driven by large format stores within modern trade such as hypermarkets.

Local retailers have continued to improve their performance. Sun-Art Group leads the supermarket sector in China, with 8.3% share nationally as a result of the group’s outstanding performance in lower tier cities.

Regional retailers are gearing up

Yonghui maintained its steady growth, gaining 0.4% from the same period a year ago, and now holds 2.6% of the market nationally. The retailer has become a major player in the fiercely competitive East region, reaching a market share of 1.5% in 2016 Q1.

In South region, WSL Group maintained the momentum of its growth, reaching a share of 6.5% as a result of attracting new shoppers to its stores. Kantar Worldpanel predicts that this group will close the gap on the regional leader Wal-Mart Group (8.9% share of the market) if it can execute its ambitious expansion plan. WSL aims to open more than 100 new stores in 2016 and maintain its strategic alliance with Yonghui Group.

Hongqi was in the spotlight with its takeover of the Huhui supermarket chain in the West region last year. But the merger has not yet translated into improved sales performance. The group’s market share has remained steady at 1.3% in 2016 Q1.

Modern trade has been hit by the rapid growth of e-commerce, which increased 48.1% in the first quarter of 2016. This channel growth is the result of more households taking their purchasing online. The penetration of e-commerce grew 33.7% and faster penetration growth has been witnessed in lower tier cities. But it was county level cities which saw the fastest gains, with penetration growing 48.9%.

The competition between the e-commerce retailing giants is intensifying. Tmall launched a “Two Headquarter” strategy, shifting its focus to converting buyers in the top cities where the group is behind JD.com in size and growth rate. Consumers in key cities are also enjoying deep price promotions to encourage them to purchase from Tmall stores. 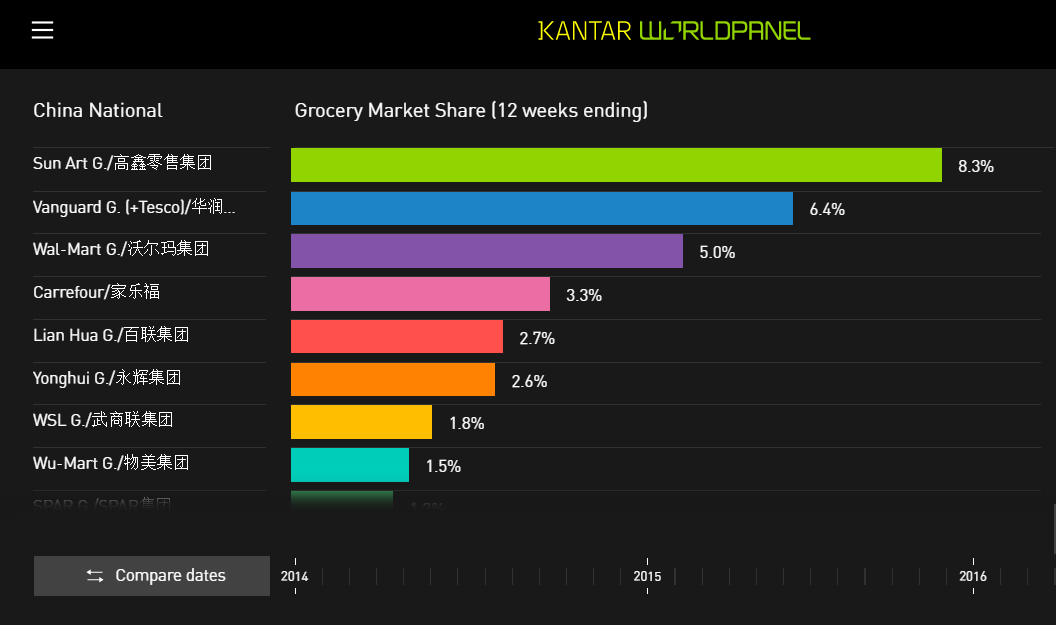