Nearly 16% of US consumers now own wearables 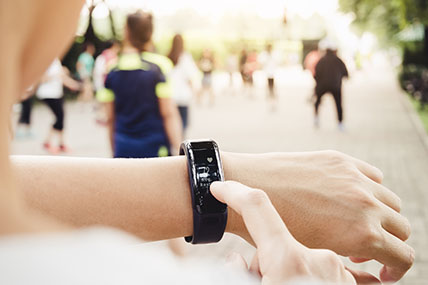 The latest wearable device sales data from Kantar Worldpanel ComTech shows that as of December 2016, 15.6% of US consumers owned a smartwatch or fitness band – a modest increase from September 2016 at 14.8%. Within the smartwatch category, adoption in the US remained low, at 4.2%. In EU4, wearables penetration continued to lag that of the US at 9.2%, with the smartwatch portion of the category at 3.8%

“Fitness bands continue to outsell more advanced smartwatches,” reported Lauren Guenveur, Consumer Insight Director for Kantar Worldpanel ComTech. “In the fourth quarter of 2016, just 35% of wearables purchased in the US were smartwatches, a decline from 40% in the third quarter of 2016. Apple was the top smartwatch brand in the US, capturing a 50% share vs. 24% in the third quarter pf 2016. The next nearest competitor was Samsung at 17.4%, while the remainder of the market was fragmented among smaller suppliers.”

The Apple Watch Series 2, released in September 2016, boosted Apple’s share of smartwatch sales. Series 2 offers a waterproof design and GPS, while the lower cost of the Series 1 lowered the barrier to entry to attract some additional buyers. The Series 2 was Apple’s top-selling smartwatch for the period at 33%, although there were no holiday discounts on that device.

“In the fitness band category, Fitbit continued to dominate sales at 75%, up from 43% in the third quarter of 2016, Guenveur added. “Garmin, its nearest competitor, captured a 12.5% share. Black Friday and Cyber Monday deals were a big driver for Fitbit, with nearly all models discounted by $20 to $30, depending on the retailer. The FitBit Charge 2, released in mid-September 2016, was the top fitness band at 27%.”

In the EU4, smartwatches fared better, taking 38% of wearables sales in the fourth quarter of 2016, led by Great Britain, where nearly 45% of wearables purchased were smartwatches. The lowest penetration for smartwatches was in France, where 70% of those who bought a wearable opted for a fitness band. Apple remained the top smartwatch brand sold in EU4 at 37% in the fourth quarter of 2016, compared to Samsung’s 16%. Fitbit captured 50% of fitness band sales in EU4, with a more competitive Garmin reaching 23%. In Germany, Garmin surpassed Fitbit as the largest fitness band brand at 36% vs. 31%, respectively.

“Beyond Apple and Fitbit, manufacturers have struggled to convince consumers to purchase wearables, once considered ‘the next big thing’ in tech,” Guenveur noted. “In the US, among non-owners surveyed in December 2016, just 8% planned to buy a wearable device in the next 12 months, while 76% did not intend to purchase. Price remains the largest barrier (46%), while 33% cited ‘functionalities are not useful,’ and 30% said they did not want to wear a watch.”

For some vendors, this market weakness has had consequences, with Lenovo’s Moto and Microsoft both announcing in late 2016 that they would stop production of their wearables. Jawbone ceased production in May 2016, and early-riser Pebble was acquired by Fitbit. The Vector Watch software platform and team were also snapped up by Fitbit at the end of the year.

CES 2017 generated some cautious optimism in the wearables space, according to Guenveur. Start-ups were attempting to differentiate themselves from traditional fitness bands and watches with more specialized and specific use cases such as serious health tracking, stress and emotion monitoring, and exercise form evaluation. And these were not all wrist-wearables. Other emerging applications included smart clothing, hearables, stick-on trackers, rings, and a wearable breast pump.

“An old saying may apply here – ‘jack of all trades, master of none.’ It is a fitting metaphor for the current state of the wearables market, but for consumers looking for a specific use case instead of general functionality, the future holds some promise,” she said.