What Happens in Vegas, Ends Up Everywhere 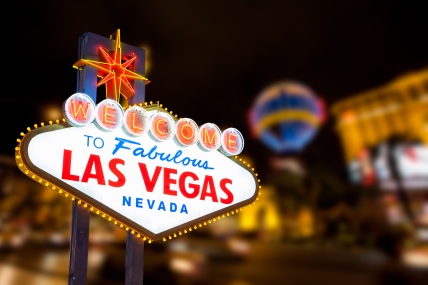 CES 2017 showcased technologies on the horizon that may threaten the smartphoneâs role as a must-have device.

Our Retrospective on CES 2017, by Lauren Guenveur.

For anyone who has not attended the annual Consumer Electronics Show, it is a completely exhausting, overwhelming, and exhilarating experience.

In the fifty years since its 1967 opening in New York City, the show has grown from 117 exhibitors showcasing their latest transistor radios, stereos, and televisions to nearly 4,000 vendors promoting everything from 3D printers to self-driving cars, smart appliances, radiation protective underwear, and much more.

Critics of CES will always find the reasons to complain – do we really care about the exact specs of new refrigerators, washing machines, televisions, and ovens?

The answer, generally, is no.

This year felt a little different. Several technologies we have been promised for a long time evolved to a stage where they may actually be delivered this year. After looking closely at a few of them, I can confidently say that if we are not careful, we will end up immobile, obese blobs like the humans from Wall-E. It is both an exciting and frightening concept.

Highlights from the Vast Expanse of the Las Vegas Convention Center

It is impossible to cover it all, but here are a few of the top trends I took away from CES 2017.

The promise of a Smart Home, a repeating theme over the past seven years or so, became more tangible than ever before. The show floor was packed with products offering compatibility with systems like Amazon Alexa, Google Home, and Apple HomeKit.
A personal favorite for me was Sony’s concept for a projector that could turn any surface into a touchscreen that controlled your lighting, door locks, and music. One company, Knocki, says their new product will give you the ability to control your home from any surface with taps and knocks, much like the Clapper of years past.

Like Apple, Amazon did not have a formal exhibit at CES, yet still managed to dominate the CES landscape by way of the sheer number of products featuring or using its virtual assistant.

Amazon has opened up its Alexa Voice Service to other companies’ products, and it is being integrated into cars (Ford, Volkswagen, Inrix), smartphones (Huawei Mate 9), robots (LG), smartwatches (Martian mWatch), remotes (DirectTV), and refrigerators (LG).

For Apple, this means the conversation was not focused on them as much as years past, although an entire section of the North Hall continues to be dedicated to products designed to connect with iPhones, iPads, and Macs.

The World of Wearables and Hearables

Wearable tech continued to evolve, focusing on niches rather than mass market. Few smartwatches and fitness bands designed for the mass market were introduced, as brands like FitBit used CES as a platform to go beyond hardware, announcing three new partnerships and its own wearable app store.

Some products were downright amusing, like radiation-protective undergarments from Spartan Underwear.
Many offerings were focused on health and safety. Among those was Proof, a wristband that continuously measures your blood alcohol content (BAC), and sends the information to an app to alert you as to whether or not you should be ordering that next beer. One of my colleagues suggested hacking the device to send an alert to consider spiking one’s BAC after a bad day.
Hearables are also heating up, with several brands announcing plans for products to compete with Apple AirPods in the coming months.

TV screens are getting thinner. Really, really thin. There is not much more to say on the topic, as sales of traditional televisions have dipped in the past few years, with consumers shifting their eyes to other screens. But if you are in the market for a high-end TV, you will be pleased with the models being introduced this year.

Virtual Reality continues to be a focus, although attention has shifted away from the hardware. 2016 was a big year for VR with the HTC Vive, Oculus Rift, and Sony PlayStation VR all coming to market. VR is still far from being a mainstream product as the use case for VR beyond gaming is uncertain, causing VR brands to turn their attention to software and content development.

CES is not the main showplace for smartphones. That comes next month with Mobile World Congress in Barcelona. However, we saw a number of clues as to what the focus of MWC might be in 2017, namely VR/AR integration and AI.

The Asus ZenFone AR is the first phone to feature both Google’s Tango AR platform and Google’s Daydream VR platform. The Huawei Mate 9 will be the first phone in the US to get Amazon Alexa, while Huawei has also integrated its own AI into other devices like the Huawei Honor Magic. Blackberry returned with a sneak preview of its new Mercury, an Android device complete with keyboard.

CES 2017 reinforced the notion that smartphones remain a driving force behind control technologies like the smart home, iOT, and wearables. But it also showcased technologies on the horizon that may threaten the smartphone’s role as a must-have device.

How will smartphone OEMs respond to that notion? Stay tuned…