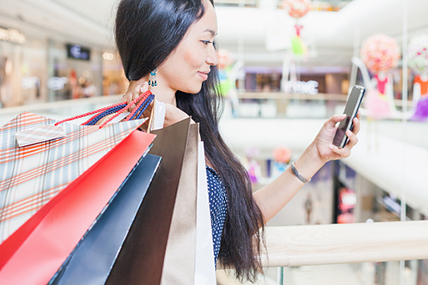 Modern trade (including hypermarkets, supermarkets, and convenience stores) grew by only 0.9% in the first quarter of the year. Across city tiers, provincial capitals, prefecture and county level cities enjoyed faster growth, up by 2.8% collectively. Across regions, the West region has seen the strongest growth, up by 4.6%.

Among the top 5 retailers, Sun Art, Vanguard and Walmart strengthened their leading position and Yonghui surpassed Carrefour and became the fourth retailer in China. This performance has been further supported by the opening of 77 new stores in the first quarter of 2018. Yonghui has announced a bold plan to open 100 Yonghui Super Species and 1000 Yonghui Life stores during 2018, with its O2O APP covering all its retail formats and 50% of overall business. China’s retail landscape continues to evolve, as many of the leading retailers are taking sides either with Alibaba or Tencent.

The first quarter of 2018 also witnessed the two internet giants’ accelerated move into the offline world, with various partnerships and acquisitions of key retailers. In April Vanguard Group announced its partnership with Tencent/JD. This means that the Tencent/JD camp would represent 21.7% share of modern trade, as Vanguard announced partnership with Tencent and JD. Further acquisitions are also being witnessed beyond the grocery sector, such as Alibaba’s full acquisition of Ele.me, the leading food delivery service, and investment into Easyhome, a home furnishing chain to broaden its offline reach and touch more areas of Chinese consumers’ lives.

Kantar Worldpanel reported 26% growth in FMCG spend through e-commerce platforms in the first quarter of the year. Tmall and JD are neck and neck in the B2C camp, yet YHD (part of JD.com) experienced a continued loss of shoppers, with penetration falling from 1.5% last year to 0.6% in the latest quarter.

As ecommerce looks for new ways to drive traffic online, the key players are also turning to small format neighbourhood stores and grocery stores. In January, Tmall announced the opening of its first Tmall CVS in Hangzhou, transformed from a mom and pop shop. Alibaba applied big data and modern retail management system to help those traditional stores better optimize product procurement and assortment. JD also accelerated its pace in transforming the sector, with an ambitious plan in place to open 1000 stores every day. Both of them are trying to extend their physical footprint to tap into lower tier cities and rural areas, where e-commerce penetration is still relatively low.