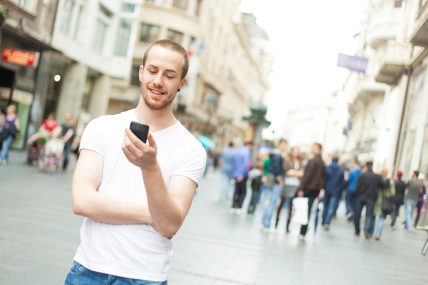 At Apple's developers confab, no hardware but plenty of clues on what's coming later in 2014

What does Apple's "installed base" - iPhones currently in use - tell us about the iPhone's next opportunity?

With Apple's Worldwide Developers Conference just around the corner, speculation is building about what will be announced. Your guess of what Apple actually will roll out come Monday is as good as mine. Having followed the company for many years, I have learned not to spend too much energy on predictions, but to wait for the actual announcements.

Looking at Apple's announcements in previous years, we know that software has been king-and rightly so, as this is a developers' conference. That said, I am sure that even with a focus on software, we will gain some insight into what will be coming in the Fall with the expected launch of the iPhone 6. So, now is as good a time as any to look at the market opportunity for the new model.

With smartphone penetration approaching a ceiling in many mature markets, keeping your customers loyal to your brand is only part of the challenge-winning over your competitors' customers completes the equation. In the US, smartphone penetration is now 55%, with smartphone sales representing 74% of overall mobile sales in Q1 2014. When it comes to Apple and Samsung, most customer movement happens between the two, rather than toward other players. While 3.7% of current US Apple owners plan to move to Samsung, 8.5% of Samsung owners plan to move to Apple.

While the age of a phone matters, and Apple's installed base mix shows strong potential for upgrades, the actual design and specs of the new model will strongly impact how quickly the replacement cycle kicks in. Among all the Apple models, the iPhone 4 and iPhone 5 had the strongest launch quarters, which bodes well for the next "S-less" model.

The big source of buzz about the iPhone 6 is its larger screen size-the lack of which, many experts speculate, has caused Apple to lose appeal and customers over the past year.

Kantar Worldpanel ComTech data, however, tells a different story when it comes to the US market. When looking at the US consumers who upgraded their devices over the past year, only 14% of iPhone users moved from Apple to Android, and of those, only 2.1% opted for a screen of 5.5 inches or larger.

The potential upside of moving to a larger screen is certainly considerable for Apple in China, with customers to be retained and won over, but the impact will not be lost in the US, either. While Apple has been criticized for not jumping earlier on the larger-screen bandwagon, it is worth highlighting that it is not in Apple's DNA to follow trends for the sake of it, especially when the user experience on the device and across devices could be compromised.