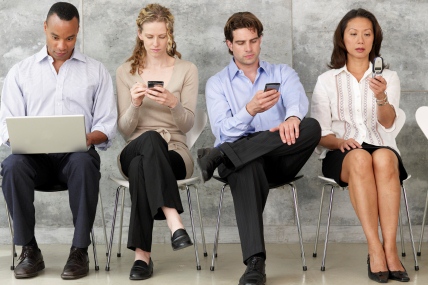 The latest smartphone sales data from Kantar Worldpanel ComTech, for the three months to April 2014, shows increased handset fragmentation across the European smartphone market. Global brands are facing competition from smaller manufacturers which are vying for position within the lucrative smartphone market.

Dominic Sunnebo, strategic insight director at Kantar Worldpanel ComTech, comments: “Across Europe there is an accelerating trend of fragmentation in the handset market as smaller brands gain real traction. Established brands like Motorola and Sony are showing resurgence and newcomers to the European market such as Huawei and Wiko are challenging the established names.”

Chinese manufacturer, Huawei, saw the number of smartphones it sold jump 123% in the big five European markets over the past year. It now holds 3% share, securing a 5% holding in both the German and Spanish markets. Wiko, which also saw triple digit growth across Europe, holds an 8% share in France and is pushing ahead with expansion across untapped parts of Europe. The GB market has not yet experienced the same levels of fragmentation as its European counterparts, but with Wiko set to make a push in the UK this year it will be interesting to see if it follows suit.

Sunnebo continues: “Increasingly across Europe and the US we are seeing separation of tariffs and handsets, mirroring the dynamic seen in other parts of the world. Consumers are starting to realise the true cost of handsets, and as a result they are shopping around to find cheaper alternatives. This shift in behaviour plays directly into the hands of lesser known brands like Huawei and Wiko, who are able to offer competitive technologies for a fraction of the price.”

In China, local vendor Xiaomi outsold Samsung for the second time April. Its budget Xiaomi RedMi was the top selling smartphone in China – the world’s largest smartphone market. Some 41% of consumers who bought the Xiaomi RedMi were first time smartphone buyers, while 23% were captured from Samsung by switching consumers.

In the USA, Samsung’s rapidly growing share of 34.1% is hot on the heels of Apple, which stands at 34.6% of the market. Sunnebo comments: “Initial Samsung Galaxy S5 sales in the USA have been strong, with significant numbers of existing Galaxy owners trading up to the latest model, however in these early stages of release few of Apple’s loyal customers have switched to the Android platform.”

OS shares across Europe have stabilised with Android holding its position as the number one operating system in Europe, with a 72.4% share of the market. It is followed by Apple with a 17.5% share, while in third place; Windows’ European market share stands at 8.4%. In Britain Android holds 58.2% of the market and iOS 30.2%, while Windows accounts for 9.5%.