Smart assistants, the stars of WWDC and i/o 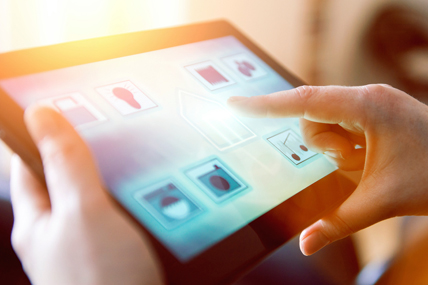 Some striking similarities between Apple’s annual developer conference, WWDC 2016, and Google’s I/O 2016 signal how the handset and OS landscape might evolve over the next year.

The similarities in the services and products launched at Apple’s and Google’s developer conferences are notable to say the least. For hardcore fans of either ecosystem, we can expect to see a fair share of “me, too” and “copycat” comments across any number of tech websites. Many of the most impressive services introduced at these conferences featured more intelligent, chattier, smart assistants: Google Assistant and Siri. Google Assistant finds its way into Google Home, Google’s yet-to-be-released competitor to the Amazon Echo, as well as messenger app Allo. Apple’s Siri, now open to developers, will become a key element for Apple’s own home automation plans through its new app Home, HomeKit, and Apple TV, as well as also improving iOS’s messaging app. Siri also was introduced to macOS, making it available across all four Apple operating systems:  watchOS, iOS, macOS and tvOS.

There is also an indication that apps will soon become a thing of the past as Google introduced “instant apps”, while Apple expanded use of 3D Touch and how it interacts with notifications.

The largest difference between the two conferences is over security and encryption. Apple, fresh off its battle with federal law enforcement over the San Bernardino terrorist’s locked iPhone, reiterated its focus on keeping your personal information on-device and private. Google, on the other hand, made no such claims—nor should we be surprised about that.

The message from both Google and Apple is fairly clear: the next stage of “smart” technology will no longer come from radical steps forward on hardware, but from services and features that highlight how useful and powerful these devices already are.

How does that change the landscape in the next year? Let’s start with a look at the market today.

As of April 2016, Android controlled 55% of the smartphone installed base in the US, and iOS controlled 41%. Similarly, in the tablet market, Android’s share was 55% and iOS’s share was 38%. Among smartphone owners who changed devices within the last three months, loyalty to iOS stands at 92.8%, loyalty to Android 92.2%. For tablet owners, we see a wider gap in loyalty with iOS at 80.5% and Android at just 63.3%.

Given how important voice recognition will be for new services using Siri and Google Assistant, it is surprising to note that voice is not yet a particular driver of phone satisfaction. Just 3.2% of iOS owners and 3.9% of Android owners cite voice recognition as a driver of satisfaction, well behind top drivers phone reliability/durability at 41.9% for iOS, and screen size at 45.2% for Android. But as voice becomes an integral part of the user experience, we should expect its low prioritization to change.

Interoperability with other devices is another key to the future of Google’s and Apple’s new services—and here, iOS appears to have an edge. Among buyers of tablets in the three months ending April 2016, 15.3% of iOS buyers noted interoperability as a driver of tablet choice, while just 5.8% of Android buyers cited the same.

Looking ahead to the next 12 months, roughly 43% of iOS and Android smartphone owners say they intend to upgrade their devices. Equally, all intend to stay loyal to their OS, with 85.3% of iOS owners intending to repurchase iOS, and 84.1% of Android owners intending to repurchase Android. When asked to rate each OS on attributes of importance to potential buyers, iOS was seen as more “innovative”, “cares more about security/privacy,” and “aspirational”, whereas Android scored higher on “good value for money” and on par with iOS for “trustworthy.”

As these new services are introduced, with many of them not expected until this coming Fall, we’ll continue to track the importance of voice and interoperability as purchase drivers; whether Android can close the gap and become more innovative or aspirational; whether Apple’s introduction of Continuity between devices will drive consumers further into the ecosystem; and ultimately, how many users will remain loyal or switch to the ecosystem that provides the more seamless, fun experience.