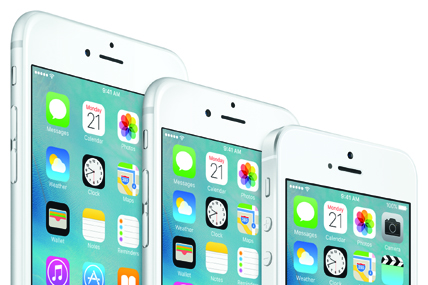 On March 21st, Apple put to rest long-standing rumors and revealed the iPhone SE, a four-inch model, re-introducing a third form factor to a lineup that currently includes the 4.7-inch iPhone 6s, and the 5.5-inch iPhone 6s Plus.

Until the announcement of the SE, the last four-inch phone Apple produced was the iPhone 5s/5c, now nearing the end of its lifecycle at a little more than two years. Since the release of the iPhone 5s/5c in the fall of 2014, vendor portfolios have shifted dramatically, with few phones in the four-inch range still being offered. Two years ago, in the three months ending February 2014, 58% of smartphones sold were four inches or smaller. Today, that percentage is just 9%. The question is why did Apple launch the iPhone SE now?

The move should, first and foremost, appease Apple’s user base, 58% of which still owns an iPhone 5s or older. The average lifecycle on these iPhones is 27.5 months, longer than the overall smartphone market at 20.9 months, suggesting that up until now these iPhone owners have been hesitant to upgrade. This is either because they prefer a more compact iPhone, or because they are not interested in investing in the new models.

While those who own the larger iPhones have mentioned screen size as a primary purchase motivator (54%), those with older and smaller devices were driven by reliability and durability rather than by screen size.

When the last four-inch iPhone was released, the US market was a significantly different environment from what it is today– not only in terms of which phones were being sold, but how they were being sold to the consumer.

The move away from subsidized contracts over the past two years has meant that consumers no longer pay an initial price of $199. It has also made consumers more aware of the real price of mobile devices, and the overall cost of ownership. On average, consumers spent $494 on an iPhone in the three months ending February 2016, versus $211 in the same period of 2014.

What Do the Next 12 Months Hold for the iPhone SE?

Forty-nine percent of iPhone owners with a four-inch iPhone or smaller intend to change their device within the next 12 months. Among this group, 84% intend to stay loyal and buy another iPhone. For them, battery life will be most important (68%), not surprisingly given that as devices age, battery life is diminished, making the issue top-of-mind for owners of older devices. After battery life, phone reliability/durability matters most (63%), followed by camera quality (55%), and finally screen size (54%).
Only 11% of those intending to upgrade are currently willing to spend the more than $300 on their next device, no doubt a carry-over from the last time they bought one. For these owners, the iPhone SE, starting at $399, makes an appealing choice, combining a form factor they already own and are comfortable with, with many of the same specs as the latest iPhone 6s and 6s Plus.