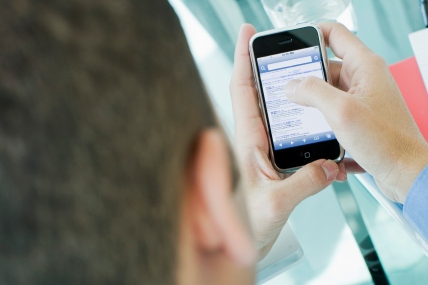 New smartphone sales data from Kantar Worldpanel ComTech shows Windows gaining popularity with consumers, growing its user base in Great Britain by almost 700,000 in the past year – an increase of 240%.

In the three months to January 2013* Windows’ share of the smartphone market has grown to over 6% in Great Britain, up from 2.4% the previous year, and 14.0% in Italy.

Although iOS and Android continue to take the lion’s share of smartphone sales in Great Britain, accounting for 30.6% and 56.2% of purchases in the latest data, Windows phones are now selling in significant quantities.

Dominic Sunnebo, global consumer insight director at Kantar Worldpanel ComTech, explains: “Nokia is spearheading this growth, with the Lumia 800 the leader among the Windows handsets. However, it is not the only manufacturer benefitting from the increasing popularity of Windows. HTC’s 8X is now the third bestselling Windows device in Great Britain, demonstrating the clear cross-manufacturer opportunity of the platform.

“With Windows now holding respectable market shares across most major European countries, a key question is who is losing out? In Great Britain, 17% of new Windows customers switched from Android, 26% from Symbian, 6% from RIM and just 2% from iOS. 47% were first time smartphone buyers.

“Understanding the source of growth for the Windows platform is crucial to devise and implement the right marketing and sales strategy. The fact that nearly one in five new customers switched from an Android device should give Microsoft, and its partners, confidence that its OS has what it takes to bring the fight to more established platforms. As almost 30% of its customers switch from rival OS’s, the worry that Microsoft will have to rely on attracting the dwindling pool of first time smartphone buyers to drive future growth is reduced.”

Samsung continues to be the number one smartphone brand in Great Britain with 36.8% share of smartphone sales in the latest three months to January, followed by Apple and HTC.

British smartphone penetration has now reached 62%, with smartphones making up 83% of mobile sales.