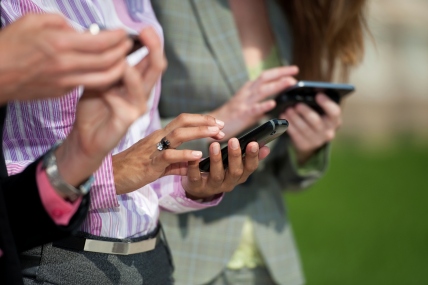 Kantar Worldpanel ComTech analyst Mary-Ann Parlato states, “Part of Android’s increase in the latest period can be attributed to its large gain in share within Sprint’s smartphone sales. In the three month period ending October 2012, sales on Sprint were divided almost 50/50 between Android and iOS. However, in the latest period, Android’s share of Sprint sales increased by 22.6% points from 49.3% to 71.9%.”

Average prices paid for Android smartphones on Sprint have also declined over the latest period.

“The 50/50 split we saw in the period ending October 2012 was a result of both iOS and Android sharing similar levels of average price paid (iOS at $130 and Android at $127).Yet this latest period saw a significant price drop to $95 for Android, while iOS increased slightly to $146,” continues Parlato.

One particular phone that led to Android’s gains at Sprint was the Samsung Galaxy SIII, Samsung’s flagship model launched in mid-2012. While this model only captured 14% of smartphones sold at Sprint in the October period, a price drop from $199 to $99 over the holiday season led to the SIII gaining 39% of smartphone sales on Sprint. On T-Mobile, the only other major carrier where Android consistently is the top selling platform, the SIII represented just 18% of smartphone sales in the latest period.

Samsung smartphones represented 60.3% of smartphones sold on Sprint in the January period.Unfortunately for Sprint, the gains made by Android and Samsung did not translate into a large sales growth for Sprint, gaining only 0.8% year on year.