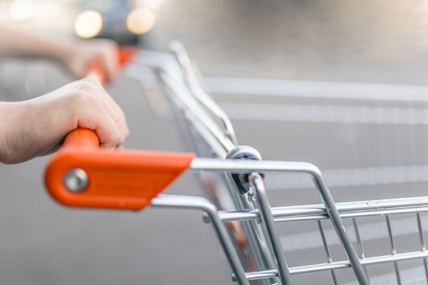 Over the past year, the grocery market has seen a shift back towards branded goods.

The latest grocery market share figures from Kantar Worldpanel in Ireland, published today for the 12 weeks ending 8 October 2017, reveal that SuperValu and Tesco are neck and neck in the race to be Ireland’s largest supermarket – both with a 22.0% share of the market.

David Berry, director at Kantar Worldpanel, comments: “It’s tight at the top for Tesco and SuperValu. Tesco’s strong sales growth of 4.2% has boosted its share of the market to 22.0% – an increase of 0.4 percentage points from this time last year. SuperValu has also seen an increase in sales, up 0.5%, putting the two stores’ market shares on a level footing.

“Both retailers have benefited from customers spending more each time they shop. Though SuperValu has seen consumers spend an additional 40 cents per basket on average, Tesco has encouraged its shoppers to add an extra €1 to every shop.”

Dunnes Stores has also increased its share of the grocery market – now standing at 21.9%. David Berry continues: “With Dunnes Stores only 0.1 percentage points behind SuperValu and Tesco, the top three Irish supermarkets are all fighting for the top spot. With the festive period just around the corner – the time of year when sales spike and shoppers aren’t afraid to spend that little bit extra – the competition shows no signs of abating.”

Over the past year, the grocery market has seen a shift back towards branded goods. David Berry explains: “With the recent trend towards own-label items, there’s now some good news on the horizon for brands. This time last year sales of branded items dropped by 0.5% compared to the year before, however we’re now seeing a return to form – with sales up 1.3%.

“At Christmas, shoppers tend to flock back to brands – partly for sentimental reasons and also as people are tempted to trade up at this time of year – so with the countdown to the festive season now well and truly underway, it’s likely we’ll see this trend continue into the new year.”

Overall, deflation has eased to stand at 0.1% – compared to 0.4% last month – and the grocery market remains in the black, with overall supermarket sales up 2.1% year on year.