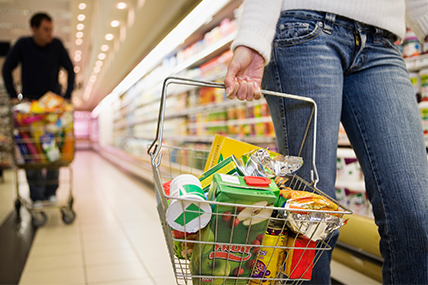 âSuperValu remains the largest grocer with a market share of 22.1%"

The latest grocery market share figures from Kantar Worldpanel in Ireland, published today for the 12 weeks ending 10 September 2017, reveal that SuperValu has managed to retain its position as the largest supermarket in Ireland – growing sales by 0.9% year on year – despite another strong performance from Tesco.

David Berry, director at Kantar Worldpanel, comments: “SuperValu remains the largest grocer with a market share of 22.1%, although strong sales growth from Tesco – its highest since April 2012 – has helped narrow SuperValu’s lead to just 0.1 percentage point.

“Tesco saw sales grow by an impressive 4.3% during the past 12 weeks, compared to the same time last year. Although prices have fallen overall at the grocer, this has been countered by an increase in spending – the average shopper spent €15 more with Tesco than during the same period last year. As it celebrates its fifth consecutive period of growth, Tesco’s fortunes certainly seem to have shifted.”

Deflation eased slightly compared to last month to stand at 0.4%, although falling prices weren’t enough to stymie overall grocery market growth: up 2.3% year on year. David Berry remarks: “As Irish families head back to school, we’ve seen strong performance from a number of lunchbox staples. Sales of cooked meats and bread increased by 3.7% and 3.6% respectively, while crisps posted a particularly strong sales increase – up 12.1%.”

In third place, Dunnes Stores has held its share of the market steady at 21.6% year on year. David Berry continues: “Performance has been mixed for Dunnes during the latest quarter. Although spending per trip has increased by 5%, the percentage of the population visiting the store actually dropped by 5% during the same period. The challenge now will be attracting those lost shoppers back to the supermarket – a vital step if Dunnes is to improve its market share ranking.”

Meanwhile Aldi and Lidl both increased sales year on year – up by 3.3% and 2.4% respectively. Lidl held its market share steady at 11.8%, while Aldi grew market share by 0.1 percentage point to stand at 11.6%.