The FMCG market makes a recovery in Spain 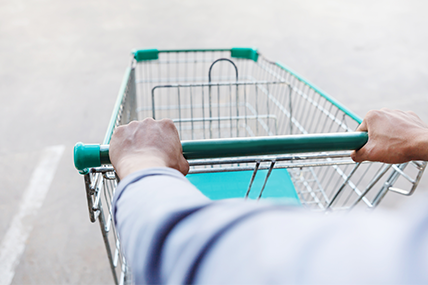 So far in 2017, the growth of the FMCG industry is back on track, with an increase in consumer confidence and modern distribution driving the recovery. The market has grown in value by 0.8% and in volume by 0.9% in the first eight months of the year, according to the “2017 Distribution Trends” report.

This growth is spread across the main areas (packaged food, fresh produce and household products) and is, according to Florencio García, Iberia Retail & Petrol Sector Director at Kantar Worldpanel, “particularly prominent in fresh produce, which was the area causing the market’s downfall in recent years. The transfer of sales from specialist retailers to modern trade is beginning to settle down, allowing large-scale distribution to grow in a more stable way through these categories”.

As well as the business that fresh produce represents, the report identifies other trends that tend to be more associated with specialist channels (butchers, fishmongers, greengrocers, etc.) and that are gradually moving towards modern distribution (supermarkets and hypermarkets). This applies to premium, gourmet and organic products as well as superfoods. Fresh produce also requires more regular purchases, meaning that while specialist channels are losing regular customers, big chains are winning them.

Within this context of distribution growth, supermarkets and e-commerce once again figure as the market’s most dynamic channels. Florencio García adds that “this growth does not only correspond to the Spanish commercial structure, but is a global trend, where players such as Lidl and Amazon are leading the way”.

Regarding the most notable groups in the Spanish market, Mercadona, Lidl and Carrefour are the leaders of 2017. Mercadona once again leads in terms of growth, after two stable years where it only grew in the fresh produce sector. By renovating their stores, introducing healthier options and adding exclusive brands, they have improved their image and recorded the biggest growth since 2012: their market share has increased by 1.2%, now accounting for 24.1% of the market. So far this year, 88% of households have made a purchase from the chain at least once.

Lidl is holding off its Valencian rival and is still the chain with the most customers: more than 600,000 per year. In the first eight months of the year, 56.7% of homes have made a purchase in the German supermarket. By covering all categories and strengthening its “value for money” image, purchases are made more routinely, adding 0.2% to its market share, bringing it to 4.3%.

Carrefour has seen growth once again in 2017, supported by its multi-channel strategy, allowing the chain to maintain contact with its customers via different channels, reaching 59% of homes. Thus, its hypermarkets are growing with new stores opening, but it is also diversifying its local format. Between January and August, the French group held 8.7% of the market, 0.2% more than in 2016.

Grupo Dia, dropping 0.3% to a market share of 8.4%, still faces the challenge of consolidating the diversification of its business. Whilst its online store and Clarel (a format specialising in personal, beauty and homecare products) are growing and constantly winning customers, the Spanish group is still suffering with its more classic shop format. Even so, it remains the second biggest distribution group in terms of attracting customers, as 61.5% of Spanish homes have made a purchase in one of its stores.

Eroski is still dealing with the sale of some of its stores over recent years, and although it stands firm in its main areas, holding a significant presence, it faces the challenge of growing competition in these areas. So far this year, the Basque group holds a market share of 5.5%, 0.3% less than for the same period in 2016. In terms of customers, 31.6% of homes have made a purchase from the chain.

The last of the country’s six big distribution groups is Auchan, which is also opting for a multi-channel approach to curb the losses of previous years. It has lost just 0.1% of its market share, dropping to 3.5%, which it has achieved by increasing points of contact with the consumer. 30.6% of homes have made a purchase in one of their stores so far this year.