Tesco continues to grow market share in the UK 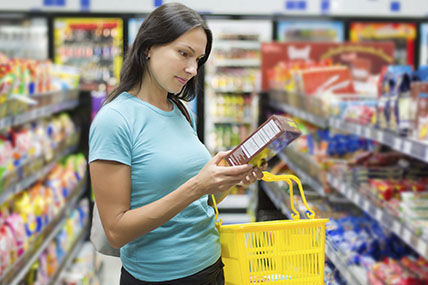 The latest grocery share figures from Kantar Worldpanel, published today for the 12 weeks ending 6 November 2016, reveal a second month of good news for Tesco, which grew at its fastest rate in three years. This is ahead of overall supermarket sales, where year-on-year sales increased by 0.8% for the second consecutive month.

Fraser McKevitt, head of retail and consumer insight at Kantar Worldpanel, comments: “Tesco’s 2.2% growth is a considerable improvement on the numbers it was delivering this time last year, and indeed in 2014. Branded sales did see an increase but most of the gains were made through its own-label products, both at the cheaper and more premium ends of the price spectrum. Tesco’s Farm Brands continue to benefit from sales growth in fruit and vegetables, while the premium Tesco Finest range has grown by 6% in the past 12 weeks, notably in crisps, fresh meat and chilled convenience. Much of Tesco’s growth has come from more affluent shoppers returning to the store, and average spend per trip is up by 2.1% to £20.69.”

“Grocery prices have now been falling continuously since September 2014 and on a like-for-like basis goods are still 0.5% cheaper than last year, although this does represent a significant reduction in the rate of deflation since this summer. We’re likely to see prices starting to creep up again in December, unless retailers choose Christmas to unleash a new round of price cuts. Although it’s tempting to link any potential price increases to Brexit and the devaluation of sterling, it’s worth remembering that deflation has been easing since December last year, well before the referendum.”

At Iceland sales grew by 8.3% this period, well ahead of the overall industry and increasing market share by 0.2 percentage points to 2.1% as a result. Fraser McKevitt continues: “Much of Iceland’s growth is from its chilled and ambient lines, though there are still notable successes in the freezer aisles such as fish, ready meals and its product tie-ins with Slimming World and Pizza Express. Iceland’s recent high-profile store opening in Clapham, London – clearly targeted at millennials – supports the retailer’s wider strategy of steadily moving its product range upmarket.”

Sales at Sainsbury’s declined by 0.7% this period, contributing to a 0.3 percentage point fall in market share to 16.3%. Asda’s rate of decline slowed slightly to 5.0%, though increased sales in its premium own-label lines were a bright spot this period. Morrisons too saw a boost in premium own-label thanks to its ‘The Best’ line, though total sales fell by 2.4% in line with the context of a smaller store estate.

Although the discount retailers are growing at their slowest rate since 2011, both Aldi and Lidl are still attracting new shoppers – vital to any supermarket’s growth and helped by continuing store openings. Aldi grew sales by 10.2%, with 547,000 more shoppers visiting over the 12 weeks – a bigger increase in visitor numbers than any other retailer. Lidl sales increased by 6.1% – a slower rate than in recent months but still signficantly faster than the overall market.