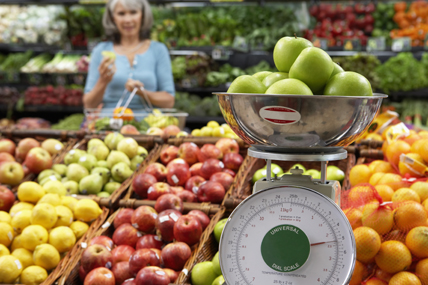 across the overall market sales grew by 1.2% year on year.

Tesco has reclaimed its position as Ireland’s number one retailer, having lost out to SuperValu in previous months. The latest supermarket share figures from Kantar Worldpanel in Ireland, published today for the 12 weeks ending 24 May, show that across the overall market sales grew by 1.2% year on year.

Georgieann Harrington, insight director at Kantar Worldpanel, explains: “Tesco has reclaimed the top-spot capturing 25.2% of the grocery market, but the retailer is still seeing sales decline as their performance remains behind the market. However, Tesco’s value initiatives online and in-store have helped boost the number of visits to its stores by 1.4%. The retailer has also seen a spend increase of 0.5% from families with children. However, the grocer still has some ground to recover to regain the 26.3% share of the market it had a year ago.”

SuperValu, the number two grocery retailer, captured 24.8% of the grocery market over the past 12 weeks. While the retailer held the top spot for just a short period, the battle for dominance will continue over the summer months – a traditionally strong season for SuperValu. Its share of the market is consistent compared to a year ago and its sales also grew by 1.2%. SuperValu is the only retailer among the big three to consistently win new shoppers. Its initiatives such as ‘Good Food Karma’ have had a positive impact for the retailer and helped it attract over 12,000 new customers this period.

Dunnes posted the strongest sales growth among the big three retailers at 4.1%, bringing its share to 21.9%. This is the retailer’s sixth consecutive month of growth, despite some negative publicity in recent months. Shoppers have added more items to their baskets while visiting Dunnes and have also increased their basket spend by €3.40 this period.

Elsewhere in the market, Aldi and Lidl grew sales by 8.0% and 7.1% respectively. Aldi and Lidl now hold a combined share of 17%. Both retailers have seen their growth slow over the past few months, but remain in a strong position given the overall market growth of 1.2%. Aldi continues to win shoppers with its ‘As Irish as’ campaign, with an impressive 43,000 additional shoppers this period. Lidl also benefits from a shopper boost, with the average shopper increasing their spend by €8 over the period, in part down to its recent voucher activity.

Georgieann Harrington comments: “With shoppers paying 0.6% more for their groceries compared to last year, competition is fierce between the retailers as they battle it out to offer best value for money”.