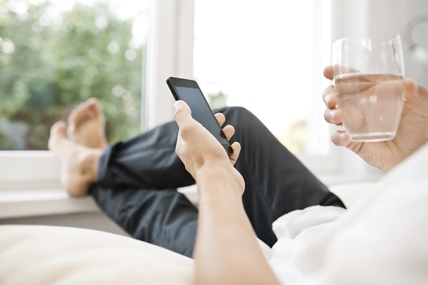 Android gaining market share in the US, where it increased to 62.4%, but continuing to struggle in the Europe âbig 5â.

The latest smartphone sales data from Kantar Worldpanel ComTech for three months ending in April 2015, shows Android gaining market share in the US, where it increased to 62.4%, but continuing to struggle in the Europe “big five,” where it dropped to 70.5%. Europe's big five markets include Great Britain, Germany, France, Italy, and Spain.

“Samsung’s new flagship products became available in April, and while sell-in numbers were already positively impacted in the first quarter, being available in stores for less than a month was not enough to make a significant difference in the sell-through volume,” reported Carolina Milanesi, chief of research at Kantar Worldpanel ComTech. “Samsung’s share of the smartphone market grew in the US, France, Germany, and Italy, but we are not in a position to say that the new models have been the ones fueling the growth.”

Across Europe, Android’s share declined by 2.3 percentage points compared to last year, as iOS share rose by 2.2 percentage points. “In Great Britain, Android share dropped by 4.9 percentage points, with the number of first time smartphone buyers continuing to decline to 15.1% from 21.8% in 2014 – and growth is coming from replacement sales, where both OS and brand loyalty play a big role,” said Dominic Sunnebo, business unit director at Kantar Worldpanel ComTech Europe. “Within the Android ecosystem, no one is in a better position than Samsung, when it comes to loyalty.”

In the U.S., Android reached a market share of 62.4% – a 2.9 percentage point gain over the three months ending in April 2014. “Samsung’s share grew, working toward closing the gap on Apple as the Galaxy S5 and Galaxy Note 4 remained among the top five best-selling models, ranking number two and five respectively,” Milanesi added. “We will have to wait to get data for May, the first full month of availability, to see the definitive impact of the Galaxy S6 and S6 Edge. However, very preliminary data suggests wider popularity for the Galaxy S6, with camera quality, clarity and resolution of screen as key purchase drivers.”

“In urban China, Apple retained its leadership as a smartphone vendor, as its share reached 24.4%, up from 17.5% for the same period in 2014,” said Tamsin Timpson, strategic insight director at Kantar Worldpanel ComTech Asia. “Android remained the most popular operating system, thanks to local players who now control nine of the top ten positions in vendor share, with Xiaomi and Huawei battling for the top spot within this OS.”

“This new sales data is being published between the Google and Apple developer conferences, where a great deal of focus is expected to remain on continuing to deepen user engagement and enhancing user experience – such that it is becoming harder and harder for competitors to win customers away,” Milanesi concluded. 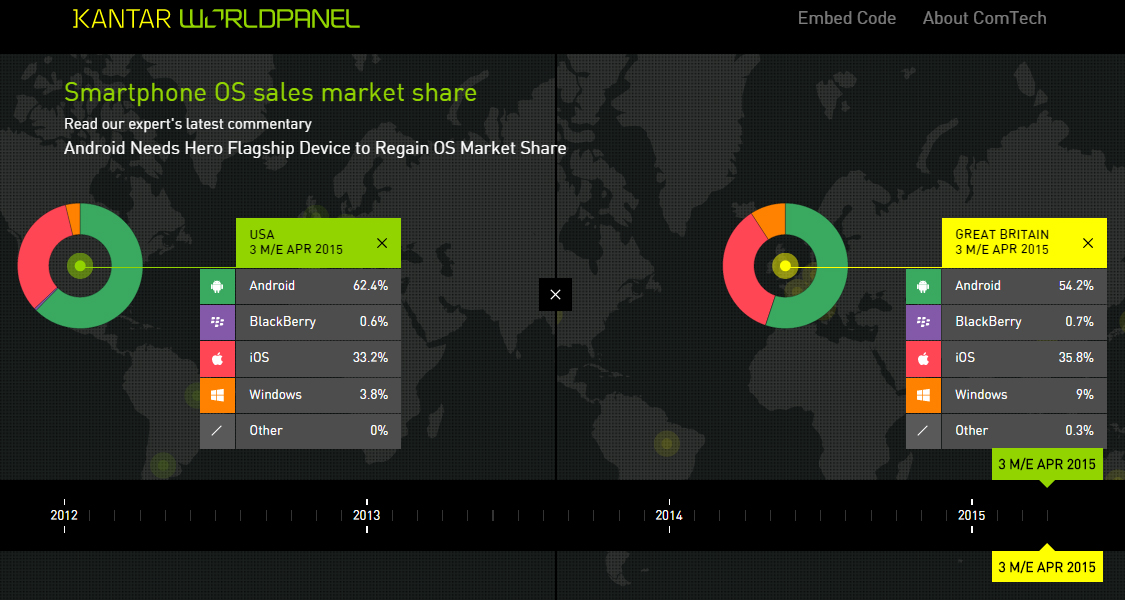