Mercadona beats its record in the first quarter 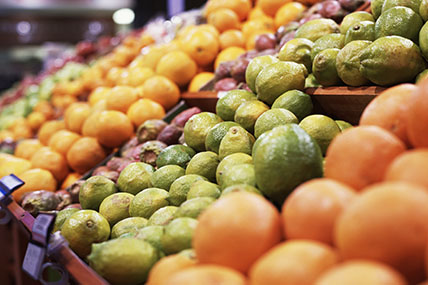 Household spending on consumer goods in Spain has grown 0.5% in the first quarter of 2017

Household spending on consumer goods in Spain has grown 0.5% in the first quarter of 2017*, according to the latest Grocery Market Share data from Kantar Worldpanel, the global leader in consumer panels. The beginning of the year has been marked by increased on spending fresh goods and the seasonal impact of Easter week.

The market value of fresh foods has risen by 2.1% compared to the first quarter of 2016, and this is despite a continued decline in sales volumes (-1.4%). The search for higher quality products, and a price hike in the fruit and vegetable sector, goes a long way to explain this sharp growth in value despite the lower quantity sold.

Commenting on the figures, Florencio García, Retail Sector Director of Kantar Worldpanel, said: "the recovery of the fresh foods market is good news for the sector, considering that these products dragged the market down in 2016. Nonetheless, we should approach this news with caution. Only when we see April’s figures, and once the seasonal effect of Easter week has passed, could we confirm whether the market has finally taken off."

Against this positive backdrop for the sector, Mercadona has beaten its own record and reached a market share of 23.6%, which is 0.7% higher than in 2016. After the downturn in packaged food last year, the Valencian retailer spent several months increasing its share in the sector, adding to the growth from fresh food.

Lidl, meanwhile, accounted for 4.3% of the market in the first quarter of the year, which is 0.4% higher than the same period in 2016. The German brand continues to gain ground thanks to its strategy of competing in every sector and strengthening its perfume, gourmet food and textile lines. Lidl has increased its shares across all of the major sectors.

"The rise of these chains must also be attributed to the significant investment they make in their stores and the frequency of their new openings, which allows them to accelerate their growth and increase their penetration in the Spanish market,” adds García.

Carrefour has strengthened its position as the second largest retailer in Spain, with 8.5% of the market (+0.1%). It has mitigated the poor evolution of the hypermarket channel in Spain with its omnichannel strategy, in which the online channel and proximity formats are playing an increasingly important role. This has allowed the French group to resume growth in terms of routine shopping and expand in the fresh foods sector.

In contrast, the DIA Group, with 8.2% of the market share, has seen only slight improvements in its February figures. But in comparison with the same period in 2016, has suffered a 0.5% decline. The impact of its new brands, La Plaza and Clarel, has not been enough to maintain the market share of the Spanish group, which is losing clout with its more traditional store format in the face of greater competition in urban centres.

The fortunes of Eroski have continued down the same line as in previous months, with market share declining from 6% to 5.7%. Its strong figures in Galicia and dominant position in the Basque Country have been adversely affected by the sale of its retail space in other regions in 2016. Auchan, meanwhile, maintains its share of 3.6% (-0.1%), affected by the loss of appeal of its main business format: the hypermarket.

Maintaining a good position in the fresh foods market has allowed regional brands to maintain their growth figures at the start of 2017. Consum or Condis are particularly notable winners, with examples in virtually every region, having achieved double-digit growth in the year's first quarter. The other German discount store, Aldi, is also expanding at a similar rate as it did last year.

E-commerce for consumer goods rose by 22.2% in the first quarter of 2017. In this period, one in ten Spanish households bought groceries online.

“Despite its relatively small size, the rapid growth of the online channel renders it one of the key drivers of growth in categories such as packaged foods, baby products and some cosmetic sectors. It is laying down the foundations for what should be the road to further development in 2017. E-commerce has gone from being a spur-of-the-moment resource to a normal shopping channel for Spanish households," concludes Florencio García.