The Spanish Out of Home sector regains momentum 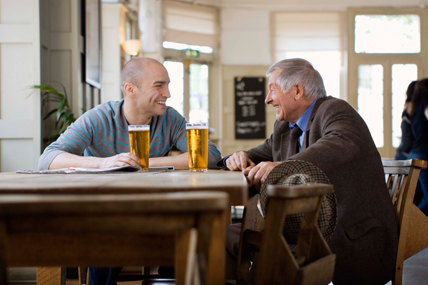 The Out of Home consumption of drinks and snacks in Spain began to recover in 2015. This was mainly driven by the success of the HORECA (Hotels, Restaurants and Cafes) channel, which experienced its main growth during the hot summer months. These findings are published in the latest report from Kantar Worldpanel "The Out of Home sector in 2015".

In the third quarter of 2015, the volume of drinks and snacks served in HORECA increased 2.5%, allowing this channel to grow by 0.6% in value between January and November. The recovery of the HORECA channel has been critical to stabilising the whole Out of Home industry in Spain, which had been in decline in recent years.

Commenting on the latest figures, Edurne Uranga, Out of Home Director at Kantar Worldpanel, said: "the hot summer was the catalyst which finally encouraged Spaniards to go out and spend, marking the end to several difficult years for the restaurant sector. The recovery started thanks to an increase in footfall , and from now on the challenge will be to better optimise these visits and extend them to other channels."
In addition, the high temperatures have led to growth in those products specifically associated with coping with the heat; such as water, ice cream or beer.

According to the report, the average number of consumption occasions in Spain has increased by one: 38 in third quarter 2014 compared to the 39 recorded in Q3 2015. However, the number of drinks and the spend on each occasion (2.4 drinks and 3.8 Euros) remains stable.

Seniors have been the major drivers of the growth of the channel, after increasing their consumption by 8.5% during the summer months. Edurne Uranga added: "the HORECA channel is highly dependant on seniors. Almost half of the Out of Home consumption is carried out by adults over 50 years, so the evolution of these consumers and the channel is intimately linked. By contrast this recovery has not yet been transmitted to other Out of Home channels, such as those tied to a younger audience, who have not increased their consumption frequency as seniors have."

As a result, neither the impulse channel (vending machines, ice cream shops, bakeries and pastry shops, kiosks) nor modern trade (products purchased in hypermarkets, supermarkets or discounters and consumed away from home) are taking advantage of this growth. Between January and September 2015, both channels still recorded negative growth of -1% and -1.9% respectively.

Edurne Uranga concludes: "The HORECA channel is the preferred choice of Spaniards when consuming drinks and snacks away from home, with 71% of Out of Home expenditure. That’s why it is key for the development of the entire sector. In order to be able to capitalize on the recovery of the sector in 2016, it is crucial that modern trade and the impulse channel understand which is the right consumption occasion for their audiences".

Read the article in Spanish.