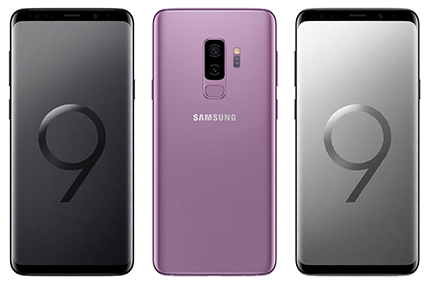 The Galaxy S9 appears more customer centric than ever with a dose of playfulness that might just give it the edge.

Dominic Sunnebo, Global Director for Kantar Worldpanel ComTech, attended the Samsung Galaxy S9 pre-brief on 19th February. In this blog he shares with us what are his thoughts on the new device.

For the past few years, Smartphone manufacturers have increasingly settled into a 2 year design cycle and Samsung’s announcement today of the new Galaxy S9 and S9+ continues this theme. However the old adage ‘if it ain’t broke, don’t fix it’ seems more than fitting with the Galaxy S9. The Galaxy S8 was a genuine leap forward in Smartphone design; with the all screen ‘Infinity Display’ setting the design path many have now followed. 12 months on and it still looks as fresh as anything out there. From the outside changes are minimal, with the exception of a dual lens camera on the Galaxy S9+ model and a new attractive colour, Lilac Purple, helping to differentiate the device from its predecessor. Lilac Purple is an apparent bow to what I learnt was Pantone’s ‘Colour of the Year’ – Ultra Violet. Who knew? It does work very well with the handset, highlighting its design finesse and marking a welcome change from the sea of grey and black out there.

Inside, there are a number of changes which to Samsung’s credit tend to edge on the side of being fun, interactive and well, just useful.  Improvements to the camera are the focal point – that decision highlighted with stats from Samsung showing that consumers now take 1.2 trillion photos each year, send 5 billion emojis a day and 1 billion gifs.

The new camera in the Galaxy S9 is Dual Aperture, with the ability to toggle between f1.4 and f2.4, depending on light levels. The upside of this is significantly improved low light levels –one of the few remaining areas for Smartphone Cameras to improve upon. This new aperture options should mean 28% more light than the Galaxy S8 in poor light conditions and 30% less noise. The demo comparisons certainly showed a notable improvement, particularly with regards to noise levels in high detail pictures.

There have also been improvements to the Slow-Motion capabilities, with the camera able to capture images 4 x faster than the Galaxy S8, with an auto motion detector also helping to smooth out the process. Once you’ve captured that special Slo-Mo of your dog capturing a Frisbee, you can then easily save as a gif and whip off to your friends. You can even choose it as a live wall paper.

With 5 billion Emojis sent daily, it’s clear Samsung wanted to ride the trend, but offer something more personalised. Meet the AR (Augmented Reality) Emoji. Take a selfie with the Galaxy S9 and then convert to an Emoji and you will have 12 personalized Emojis to share; ranging from crying in a sea of your own tears to exploding with excitement- it certainly captures the full spectrum of emotions one could expect to have during the working day. The facial recognition worked well, bearing a reasonable semblance of my face, you then manually select the hair, clothes, and accessories. These are then automatically made available in your keyboard.

Bixby. Samsung’s own personal assistant which made its first appearance on the Galaxy S8, is back in full swing with the Galaxy S9.  Whilst there is no doubt its AI capabilities aren’t a match for Google Assistant, Alexa or Siri, it is likely to play a key role in integrating the control functions of all Samsung’s devices in the future. For now, Bixby showed off just a few new features, but ones which were genuinely impressive. My favourite: we’ve all been in that restaurant abroad, where we pretend we understand the menu, in the language we don’t speak a word of, and then point confidently at our choice. Well no more. Many Smartphone’s have attempted to provide translation services, but somehow they’ve always been clunky and unsatisfying. With Bixby vision, you can hover the Galaxy S9 over a menu with the camera function and it will translate straight away into your home language, whilst looking the same in style and layout. There is apparently support for over 50 languages from launch. Augmented reality at its best-simple and useful

The sound has also been improved on the Galaxy S9, by cleverly moving to a two stereo speaker format. The existing speaker remains at the base of the device, with a new loudspeaker function added to the ear piece. Volume has been able to increase by +40% compared to the Galaxy S8 and the addition on Dolby Atmos means a more immersive sound in addition. The demo of various examples, both film and music was impressive, with more than enough volume and clarity to happily watch a film or listen to music without headphones. Talking of headphones, there was a special mention than the Galaxy S9 still supports the beloved 3.5mm headphone jack.

One interesting addition to the Galaxy S9 is the potential to use dual sim on all models. For the standard Galaxy S9, this means you will need to forgo the use of the Micro SD storage card slot, but there will also be a specific dual SIM version available, which will allow you to use the Micro SD while occupying two SIM slots. The abolition of most roaming charges in Europe may limit the impact in the EU, but having the option available will be welcome, especially for those who don’t not want to carry around a personal and work phone.

Final thoughts: whilst the excitement of new phone launches has been somewhat dampened by the 2 year design cycle, Samsung’s focus away from internal hardware spec improvements for the Galaxy S9 (which are there) and more towards fun, interactive and useful software, has meant that the Galaxy S9 appears more customer centric than ever with a dose of playfulness that might just give it the edge.