The Spanish fashion sector recovers in 2017 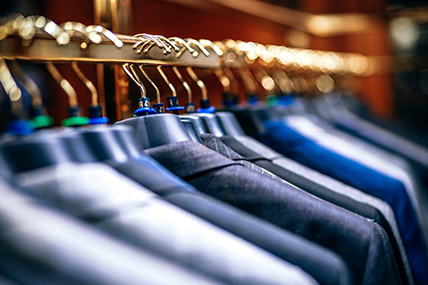 The adult profile (over 45 years) continues to be key for the sector, due to its significant market share.

The fashion sector (underwear and outerwear, footwear, accessories and home textiles) stabilised again in Spain after growing 0.4% in value in 2017, according to our latest data. Increased spending on clothes, particularly among the over 45s, drove this recovery, which was concentrated in the second half of the year.

According to Rosa Pilar López, Sector Director at Kantar Worldpanel and expert in the textiles sector, “in 2015 we thought that the fashion sector had got through the worst and started to grow again, but consumer uncertainty and distrust following political instability made 2016 a dismal year for the sector, with a 9% drop in turnover. In this context, the 2017 results force us to be cautiously optimistic because the sector has returned to the black”.

Clothing (underwear and outerwear), which accounts for 66% of fashion spending in Spain, drove the sector’s recovery, growing 3.4% in value and 1.8% in terms of the amount of clothes purchased. Spending on accessories also increased by 5.3%, while footwear (-8.2%) and home textiles (-3.4%) continued to fall. 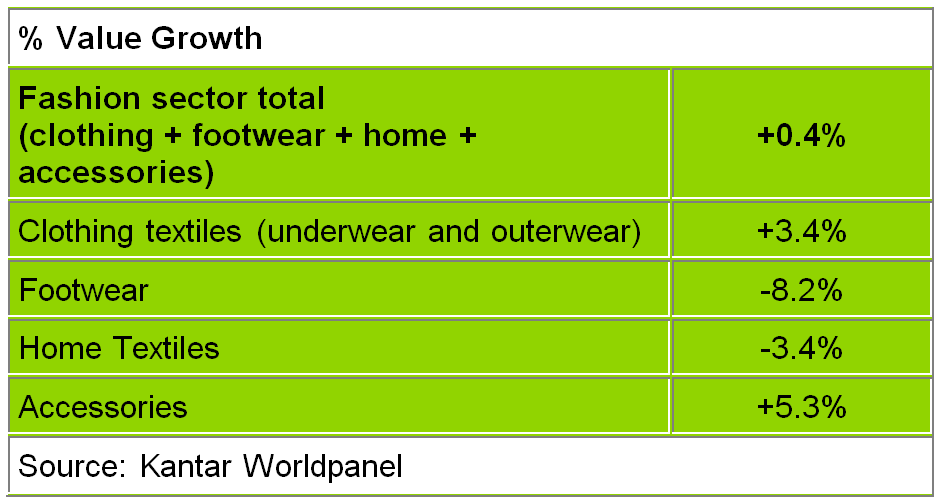 While spending recovered in both men’s and women’s fashion, the adult profile (over 45 years) continues to be key for the sector, due to its significant market share - around 50% of all turnover - and its high spending capacity. In contrast, spending on fashion among the youngest members of society, from the millennials to generation Z, continued to fall.

In terms of purchasing habits, the sector continued to show more occasional behaviour in 2017, which limits the attraction of buyers and traffic to the shops. This was compensated by an increase in average spending per individual, which reached 594 euros per buyer, compared to 584 euros in 2016. Nevertheless, these levels of spending are still lower than the 639 euros recorded in 2015.

Rosa Pilar López adds, “It also highlights the fact that the spending revival was not linked to greater promotions, something that devalued the market in previous years”. As such, clothing with some type of discount remained below 45% of all purchases, compared to 55% of items purchased with no discount.

From a retail point of view, fashion chains and department stores were once again the shopping channels that contributed most to consumer recovery, representing more than 50% of the market. Alongside these, Internet purchases also continued to grow, representing 5.4% of spending in 2017. In contrast, the multi-brand channel continued to suffer over the last twelve months, with a 2.7% decline in turnover.