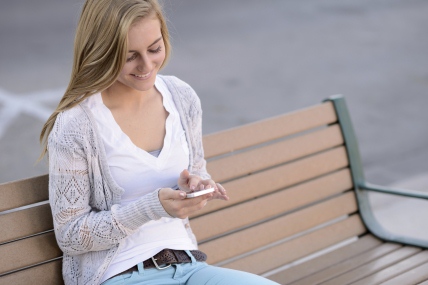 As US carriers have raced to offer higher speed, better coverage and more payment options to smartphone users on contracts, users have grown more loyal to all carriers but Sprint. Among the smartphone owners interviewed, Verizon had the highest share of loyal subscribers in 1Q14 at 91%, followed closely by T-Mobile at 89% after the carrier saw a year-over-year increase of 18 percentage points (from 71% in 1Q13). AT&T ranked third in loyalty among its smartphone owners at 83%.

Keeping featurephone owners loyal seems to be much harder possibly due to the higher degree of flexibility that prepay offers to many of them. Among the top carriers, AT&T performs best with a 75% loyalty followed closely by Verizon at 72%.

“Among those smartphone owners who changed carriers in 1Q14, two factors drove their decision-making,” said Carolina Milanesi, Chief of Research at Kantar Worldpanel Comtech. “For Sprint and T-Mobile, it was network coverage. For Verizon and AT&T, it was cost.”

Cheaper data plans and better network coverage were also named by the smartphone owners interviewed as reasons why they intend to change carriers over the next 12 months.

“Although the percentage of smartphone owners intending to change carrier is small enough not to affect carriers’ bottom line when it comes to subscribers, these users are a carrier’s most valuable customers,” Milanesi said. “Understanding why they intend to switch and where they will go is crucial.” Among the AT&T smartphone owners looking for change, 65% are looking at Verizon, while 56% of Verizon smartphone owners looking to change are considering T-Mobile. While device portfolio might not matter to most, it is interesting to note that the availability of one particular device has made a difference for T-Mobile. Of the 56% Verizon smartphones owners considering T-Mobile, 64% are considering buying an iPhone.

“The datapoints collected from smartphone owners and intenders indicate that while device portfolios and customer care are important, the real battleground in carriers’ acquisition and retention is quality of service and competitive pricing,” concluded Milanesi.