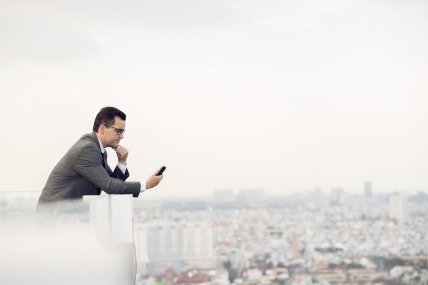 Apple is performing strongly in the first quarter of the year, with sales bouncing back in Europe, Japan and Australia

The latest smartphone sales data from Kantar Worldpanel ComTech, for the three months to March 2014, shows Apple performing strongly in the first quarter of the year, with sales bouncing back in Europe, Japan and Australia.

Across Europe, Android remains the top OS with 70.7% share, while Apple holds second position at 19.2%. Windows, at third, accounts for 8.1% of smartphone sales.

Dominic Sunnebo, strategic insight director at Kantar Worldpanel ComTech, comments: “Apple regained ground in the first quarter of 2014, primarily due to the strong performance of the iPhone 5S, growing its sales share in Europe, Japan and Australia. By contrast, Windows had a tough start to the year as a result of its entry-level Nokia models facing fierce competition from low-end Motorola, LG and Samsung Android smartphones.”

Apple has been particularly successful in Japan where, in the past quarter, it has secured 42% of smartphone sales on NTT DoCoMo, 59% on KDDI AU and 81% on Softbank. The design of the iPhone (30%) remains the key draw for Japanese consumers, followed by its 4G capability (29%) and the belief that it will be reliable (24%).

Sunnebo continues: “Japan’s love affair with Apple shows no sign of fading. Even though the iPhone has now been available on Japan’s largest carrier, NTT DoCoMo, for a number of months Apple still accounts for more than 40% of sales on the network. The success of the iPhone is also filtering through to the iPad, with almost a quarter of Japanese iPhone owners also owning an iPad. With smartphone penetration in Japan lagging well behind Europe and the US, Japan will remain a key growth market for Apple.”

In China, phablet growth continues unabated. Devices with a screen larger than 5” made up 40% of smartphone sales in March.

Sunnebo comments: “It’s clear that phablets really are changing the way Chinese consumers use smartphones. More than one in five phablet owners now watch mobile TV on a daily basis, half do so at least once a month, and this is without widespread availability of 4G. As 4G infrastructure expands in China, the demand for data is going to be unprecedented, paving the way for carriers to boost revenues significantly through larger data packages.”

Smartphone % penetration in Great Britain stands at 71% in March, with 88% of devices sold in the past three months being smartphones.