Winning through innovation in UK 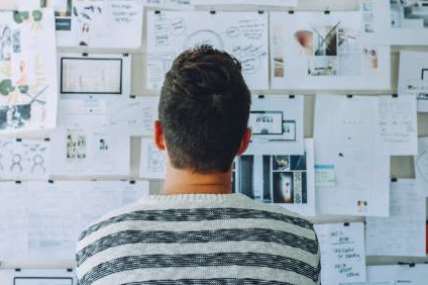 Innovation in UK FMCG is tough. Only 3% of NPD reaches sales of £5m or more in the first year, and actually, 54% of innovation has a negative impact on the category.

Of course, your approach to innovation depends on your perspective on which strategy will be more fruitful, whether that be “fewer, bigger, better” launches or topping up the ever-leaky bucket with regular new news. It could be argued that the latter is more relevant in a digital, micro-targeted, content-marketing led world where cut through with consumers is harder and harder. Traditional above the line campaigns of the past are difficult in a world of two screening, ad blocking and fast forwarding through commercials, so a highly tailored approach is needed.

It’s what you do…

Is succeeding with NPD in 2018, therefore, about the ability to remain agile and come to market very quickly in response to a trend that is gaining traction or an unmet need? While we’ve long heard about turmeric being the “next big thing” (including from influencers like Deliciously Ella) prompting the launch of a Starbucks Turmeric Latte, there has been little further mainstream uptake beyond Pukka Tea’s Turmeric Gold variety as yet.

Another approach, especially in food and drink, could be to understand consumers’ needs and consumption moments and look to stretch your brand into an adjacent area where needs are not being currently met.  The classic examples of this are the launch of Belvita Breakfast Biscuits and Philadephia “stretching” into evening meal preparation with a shift in communications.

Or is it something more fundamental, given the trend towards ‘purpose-led’ marketing in order to connect with the new generation of consumers who want to make a difference in the world?*

In all likelihood, all three elements have a role to play in a successful NPD strategy. Think of the launch of John West’s more convenient ranges in 2016 (Creations, Fridge Packs and Spreadables). These now reach more than half a million shoppers, are worth £7m, and revitalised the commoditised canned fish category by adding a price premium and attracting younger shoppers. The new range tapped into existing trends of higher protein diets, and health more widely, and made traditional fish in a can more convenient with new formats.  Finally, the repositioning of the brand through their TV campaign dialled up messaging around sustainability, appealing to the new generation of purpose-led consumers.

…And it’s the way that you do it

That said, whatever approach you take, there are two sides to great NPD; the proposition, and the execution. Our analysis shows that execution can make or break a launch.

Ensuring sales teams are briefed on the impact that the new launch will have, and have the tools from marketing to sell in effectively, is more important than you might think, and we’ve seen many great products fall at the last hurdle because of internal bureaucracy.

It’s not hard to spot that many of the top NPD of the last few years are from brands with big parent companies. Despite its subsequent discontinuation, Coke Life was one of the most successful soft drinks launches in the last ten years in sales terms - simply due to the power of the brand and its influence with retail partners, meaning the launch achieved huge physical and mental availability.  Brand power and deep pockets give conglomerates a lot of leverage when it comes to negotiating joint business plans or new listings with retailers. But whether you’re a multinational, or a small local manufacturer, you can make sure your launch is properly supported internally in order to give it the best chance of success.

Our analysts looked at 7,300 new launches in FMCG and examined what the most successful launches have in common. This study allowed us to identify three rules for successful execution:

You increase your chances of success by being distributed in the big four retailers from launch. Don’t be tempted into retailer exclusivity as you will reduce your chances of reaching £1m sales in the first year to just 0.2%

If your objective is generating as many volume sales as possible, the price premium should be no more than 35% above the category average. Following the norms of promotional strategy in your category will give you a higher likelihood of success. NPD which has very real differentiation and tangible additional benefits other products can’t provide can be successful in commanding a higher price and encourage shoppers to trade up, but it needs to be game-changing, not evolutionary (like Lenor Unstoppables in laundry).

Having multiple SKUs at launch also increases your chances of success, although practically is difficult to attain. Make sure you have a clear sell in plan that shows the different benefits of the products you are launching, the investment your business is putting behind them in terms of ad or trade spend and how you are adding value as a supplier above and beyond commercial terms.

Are you on top of what success looks like for your category? Read our ranking of the top selling new brands of 2017 and get in touch for more information.

Read more about our innovation offer