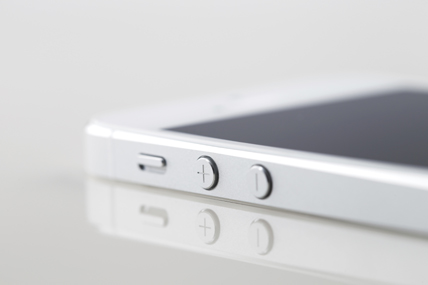 Appleâs iOS continued to grow share in urban China, though the rate of that growth was the slowest since late 2014.

The latest smartphone sales data from Kantar Worldpanel ComTech for the three months ending January 2016 shows that Apple’s iOS continued to grow share in urban China, though the rate of that growth was the slowest since late 2014. Apple also remained the most popular brand, capturing 25% of smartphone sales.

“Looking at the three months individually, January was the weakest month for Apple in China as more price-sensitive consumers might have been waiting to see what promotions Chinese New Year would bring in early February,” said Carolina Milanesi, chief of research at Kantar Worldpanel ComTech. “In the rest of the world, smartphone platform dynamics remained pretty stable period-over-period, with no surprises.”

“In the EU5, Huawei remained the second strongest brand in the Android ecosystem, growing to 14% in the three months ending January 2016, up from 5% in the same period in 2014,” said Dominic Sunnebo, business unit director at Kantar Worldpanel ComTech Europe. “In Great Britain and France, Huawei doubled its share over the past year, and climbed to number four in the brand ranking, while remaining number two in Italy, Spain and Germany.”

“In urban China, iOS share continued to grow year-over-year, albeit at a slower pace, as iPhone 6s, iPhone 6s Plus and iPhone 6 were the best-selling smartphones in the region,” noted Tamsin Timpson, strategic insight director at Kantar Worldpanel ComTech Asia. “Huawei continued its momentum and is closing the gap with its nearest competitor, Apple, capturing 24.3% of sales. Xiaomi, which announced its Mi-5 at the recent Mobile World Congress, maintained a distant third, as it dropped 10.2 percentage points over the same period in 2015.” 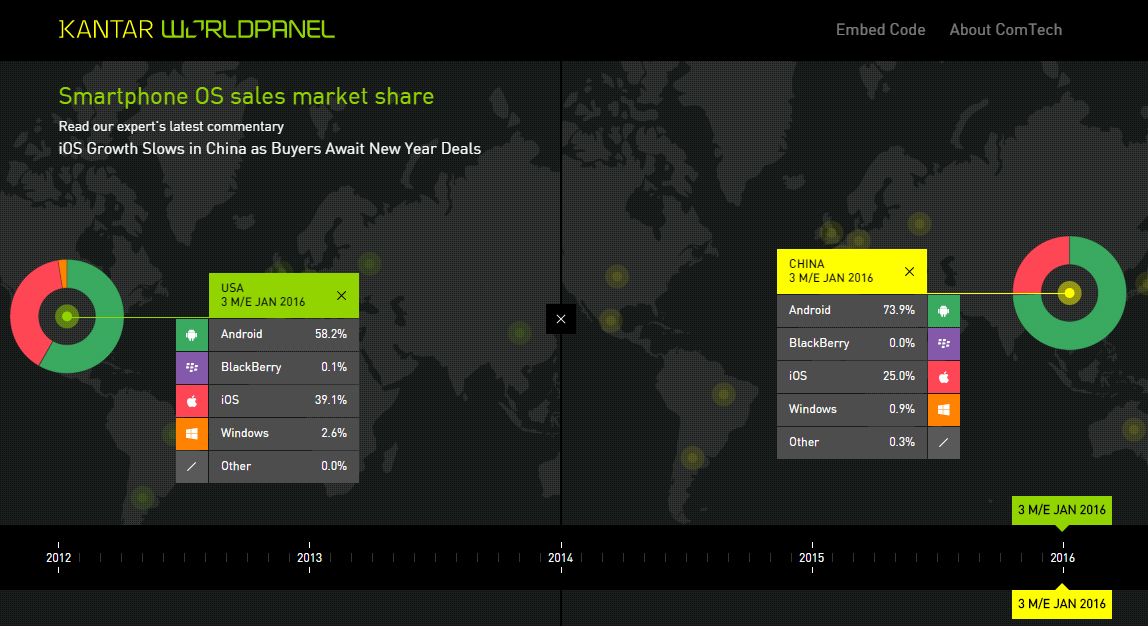 “In the US, the battle to persuade feature phone owners to upgrade to a smartphone was won by Android, which saw nearly a third (30.6%) of sales come from that segment, compared to 13.7% for iOS. Among first-time smartphone buyers in the Android ecosystem, Samsung was the top brand purchased, followed by LG, Motorola, and value-driven brands ZTE and Alcatel,” Milanesi explained. “Carrier choice also suggests a more value-driven consumer, with Tracfone Wireless and MetroPCS among the top five carriers chosen.”

Smartphone vendors are moving into new segments such as Virtual Reality, like HTC and Samsung, or 2-in-1s, like Huawei. Others will venture into new markets, like Xiaomi, which introduced its new flagship during Mobile World Congress in Barcelona.

“The pressure is certainly on,” Milanesi observed, “and, for a lot of up-and-coming brands, the US will be a strong focus in 2016, since success in the North American market opens the door to being a truly global player. While the immediate focus of consumers and industry watchers alike will remain on Samsung’s new Galaxy S7 and S7 edge performance, and on Apple’s rumoured release of another four-inch iPhone in mid-March, it certainly looks like the second half of this year will be very interesting for everyone.”