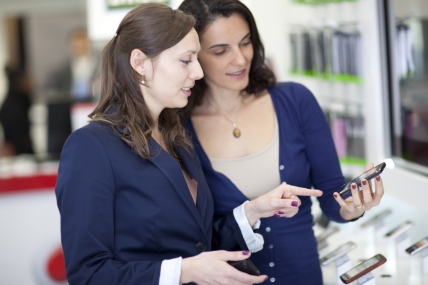 Dominic Sunnebo, global consumer insight director at Kantar Worldpanel ComTech, comments: “There is an increasing divide in the mobile dynamics across Europe, driven by different levels of handset subsidies and differing economic performances. In Germany, the Samsung Galaxy SIII handset took 23.5% of all smartphone sales in the latest three months, compared with just 4.7% in Spain. The increasing desire for handsets costing under €150 in Spain and Italy has helped Sony and LG to drive serious share gains. In Spain, Sony has a 19% share and LG is up to 17% from just 3% the previous year. Their growths in share have primarily been driven by entry level handsets such as the Sony Xperia U and LG Optimus L3/L5 models.

“Android and iOS continue to take the lion’s share of smartphone sales in Britain. However, Windows phones are becoming increasingly popular with consumers. Windows has grown its share by 4.4 percentage points compared with the same period last year and now holds an 8.4% share of the market.”

Android’s ability to play across the price spectrum is not going unnoticed, with Apple driving sales of its older iPhone 4S and 4 models through increasingly competitive pricing, meaning all three of its handsets remain in the six best-selling smartphone models in Britain.

Apple continues to perform well in Urban China, accounting for one in four of all smartphone sales while maintaining an 82% price premium compared with the smartphone market average. Samsung remains the top brand in Urban China with 30.2% share, Apple in second place with 25.1% with Lenovo in third place with 10.3%.

Although Android is still the number one OS in the US with 51.7% share, Apple is growing at a slightly faster rate and holds the number two spot with 41.4% share. In good news for Microsoft, Windows Phone continues to make solid progress with OS share hitting 5.6% and the Nokia 822 selling well on Verizon.