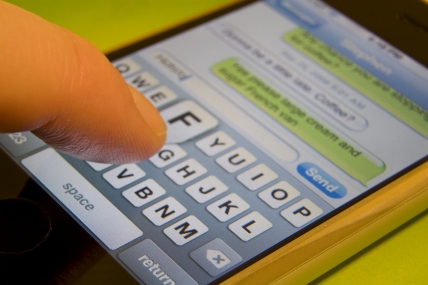 iPhone is attracting an increasing proportion of Android consumers compared to Q4 of 2011.

New York, January 22 – iOS continues to lead as the top selling smartphone platform sold in the U.S, with 51.2% of market sales for the 12 week period ending December 23rd, 2012, according to data released today by Kantar Worldpanel ComTech.

In comparison to the same period last year, Android has remained stable, 44.8% to 44.2%, while Windows remained in third place at 2.6% of smartphones sold in the 12 weeks to December period.

Top carrier rankings remain consistent this period, with AT&T continuing to maintain its lead with 33.3% of smartphones sold in this 12 week period. AT&T has declined slightly, reducing the gap with Verizon whose share remains stable with 32% of smartphones sold. Sprint remains one of the key carriers offering Apple but is seeing little increase in sales share, as the brand continues to decline this period in third place with 14.8% of smartphone sales.

The data is derived from Kantar Worldpanel ComTech USA’s consumer panel, which is the largest continuous consumer research mobile phone panel of its kind in the world, conducting more than 250,000 interviews per year in the U.S. alone. ComTech tracks mobile phone behavior and the customer journey, including purchasing of phones, mobile phone bills/airtime, and source of purchase and phone usage. This data is exclusively focused on the sales within this 12 week period rather than market share figures. Sales shares exemplify more forward focused trends and should represent the market share for these brands in future.

AT&T continued to utilize their large Apple base with 55% of their iOS sales stemming from these users upgrading to a newer iPhone while 37% of Verizon’s iOS sales were derived from their large featurephone base.