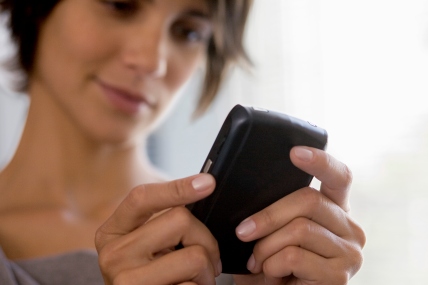 Strength of the iPhone 5, as well as that of predecessors, boosts share according to Kantar Worldpanel ComTech

New York, December 4 - iOS has regained the top spot among smartphone platforms sold in the U.S. with 48.1% of the market for the 12 week period ending October 28th, 2012 - an increase of 25.7% versus the same period last year - according to data released today by Kantar Worldpanel ComTech.

During the same period, Android sales declined 16.6% to 46.7% of the market, placing the platform behind iOS for the first time since April 2012. RIM sales also declined to 1.6% of smartphone sales, allowing Windows to take the third position at 2.7%.
Additionally, AT&T has regained its spot as the top selling smartphone carrier for the latest period, with 34.7% of smartphones sold, overtaking Verizon at 27.5%. Sprint and T-Mobile follow with 19.9% and 8.4% respectively. AT&T has seen the most significant growth in smartphone sales, up 8.4%, while T-Mobile sees the largest decline at 5.4%. This is notable as T-Mobile remains the only top carrier that does not carry the iPhone.

The data is derived from Kantar Worldpanel ComTech USA’s consumer panel, which is the largest continuous consumer research mobile phone panel of its kind in the world, conducting more than 260,000 interviews per year in the U.S. alone. ComTech tracks mobile phone behavior and the customer journey, including purchasing of phones, mobile phone bills/airtime, source of purchase and phone usage.

Kantar Worldpanel ComTech analyst Mary-Ann Parlato says the increase in share by iOS and AT&T are attributable to the release of the iPhone 5.

“Our research shows that the majority of Apple’s sales, 62%, came from existing Apple owners upgrading to the new device,” says Parlato. “Additionally, of the smartphones sold by AT&T during this period, iOS accounted for two out of every three.”

While Apple’s flagship model gained the lion’s share of iOS sales on AT&T, sales increases also trickled down to the lower priced predecessors, the iPhone 4S and iPhone 4.

“It’s not surprising to see the iPhone 4 and iPhone 4S benefiting from the release of the iPhone 5. At AT&T, 38.3% of feature phone customers who changed device in the last three months, changed to an iPhone, a figure higher compared to Android at 11.9%. So while the iPhone 5 has seen movement amongst current Apple users, there is also now greater availability for first time smartphone buyers to join the Apple user base,” Parlato says.

On Verizon, Android remains on top; however momentum has slowed with smartphone sales shares declining year-on-year from 60.1% to 50.5% for the OS. It’s within this carrier where iOS has closed the gap, as the brand now represents 47.9% of Verizon smartphones sold in the latest period.