The Ramadhan Analysis : Looking Back at 2012 Trend 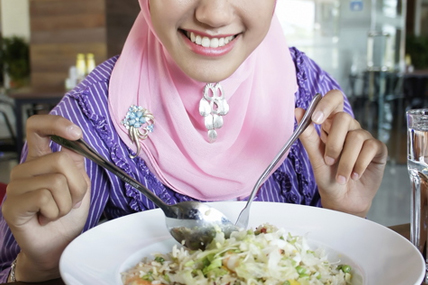 During this time, though Ramadhan is a time for fasting, consumer spending can skyrocket, usually for food and beverages categories.

As the largest Moslem population country with approximately more than 80% of total population is Moslem, Ramadhan month followed by hari raya Eid Mubarak is for sure the most festive time of the year in Indonesia. During this time, though Ramadhan is a time for fasting, consumer spending can skyrocket, usually for food and beverages categories. Consumers indulge themselves, their families and friends with delicious food hamper, not one or two days but almost every day! The Moslem month of Ramadhan and the run-up to Eid also have become a yearly golden opportunity for retailers to ring up profits.

In 2012, the situation showed the similar picture, household panel data by Kantar Worldpanel reveals Indonesia household spend more for extra groceries throughout Ramadhan this year. Even in the period leading up to Ramadhan, consumers spending grew 16 percent in value indicating that consumers stocked up on the groceries for the festive period. It is interesting to see as well that the level of consumption growth doesn’t have significant gap between upper class consumer with middle class consumer or between middle class consumers with low class consumers. The finding reveals that extra money that consumer spent might differ in absolut amount of IDR but the extra level of groceries spending is the same.

Frozen food becoming more popular as additional grocery item in consumer basket during Ramadhan as it provides more convenience for sahur (meal before dawn during Ramadhan) and getting more important at the end of Ramadhan when domestic help is not available to help the housewives prepare the food. Sales of frozen food grew 31 percent in value, driven mostly by nuggets and sausages.

As consumer gear up for Eid Mubarak preparation, products to bake cookies and cake such as butter, margarine, cheese and fillings such as chocolate and jam are also peaking up to double digit level. Butter is leading in this category by growing 24 times in sales value during festive months of 2012 compared to a regular month, while other products in average grew two times.

What is going to happen in Ramadhan 2013? Keep checking our website for more inspiring article about Ramadhan this year!