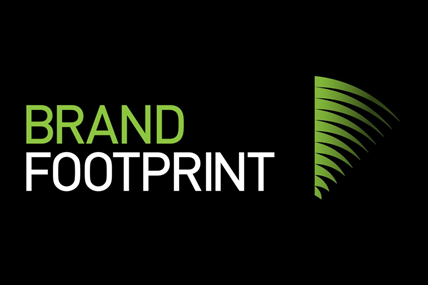 Kantar Worldpanel’s annual Brand Footprint report launches on 19th May 2015, revealing the top 10 FMCG manufacturers and the top 10 brands in Health & Beauty, Homecare, Food and Beverages being bought by the most consumers, the most often in Urban 4 Key Cities (Ho Chi Minh City, Ha Noi, Da Nang and Can Tho) and Rural Vietnam.

Brand Footprint is set apart from other brand rankings by providing information on real consumer behavior rather than attitude. Consumer Reach Points (CRPs) form the basis of the ranking. An innovative metric that measures how many households around the world are buying a brand (penetration) and how often (frequency), it provides a true representation of shopper choice.

Global brands lead the Health & Beauty market – almost all top 10 brands in this sector are global brands, with 5 of them owned by Unilever. Each growing brand is demonstrating a healthy appetite to explore new markets and adapt their brands to meet the needs of local cultures. Those with a social or community function have performed well, such as Unilever brand Dove, whose crusading campaign for real beauty is connecting with consumers emotionally and encouraging purchase across the world and in Vietnam.

Dove is actually the top riser in Health & Beauty Care sector, growing its CRPs by 25%, pushing it one place higher to number 8. With the launch of Real Beauty Campaign, Dove has won the heart of Vietnamese women. The campaign seeds the confidence in Vietnamese women about their own beauty through many activities, including a Guiness biggest photo album in Vietnam featuring more than 100,000 photos of Vietnamese women.

New comers enter the top 10 - For the first time, Huggies rises into the Urban top 10 most chosen Health & Beauty brands. Huggies has earned its place among the top 10 in Urban by increasing 37% in terms of CRP and jumped up 4 positions. The dynamic baby diaper brand had a strong focus on the pant segment and gain a big win as it catches the consumer need for more convenience. In Rural, Diana has gained more and more buyers by focusing on product quality with continuous improvements throughout the year. Diana made its first entry into the Top 10 by increasing 32% CRPs and jumps up 3 positions.

In Rural, Omo continues to be the most chosen Home Care brand, purchased nearly 66 million times. The leader in laundry detergent is the only Home Care brand reaching more than 70% households in Rural.

Lix is the brand among the top 10 home care brands which is recruiting the greatest number of additional new shoppers in Urban– The brand has managed to penetrate into 85,000 new Urban families by focusing on distribution channels, providing big packs at low price and promotions.

Aba posts soaring growth in Rural at 3-digit pace – The local laundry detergent brand has doubled its buyer base in the past year by expanding its reach to Central and Northern areas, being purchased 22 million times by nearly half of all Rural families.

Food brands have extremely high CRP’s with a big gap in comparison to top brands in other sectors. Local brands continue to dominate the Food sector ranking with 8 out of 10 top brands are owned by local manufacturers.

Vinamilk earns its place as the most chosen Beverage brand in both Urban and Rural Vietnam. Its wide range of liquid milk was purchased nearly 28 million times by Urban households and 90 million times in Rural, marking a huge distance for any other brand to beat its current level of CRPs. Its nearest competitor in the ranking of the Most Chosen Beverage Brands in Urban is Dutch Lady, which was purchased more than 11 million times. Vinamilk, Dutch Lady, and Coca-Cola are the only 3 giant beverage brands purchased by more than half of Urban households for in-home consumption.

TH True Milk are leading the CRP growth among the top 10 in Urban, growing by 27% last year and moving up 3 position among the ranking – Consumers are increasingly responsive to brands that show a social purpose through their marketing and offer a gateway to healthier lifestyles. With differentiated focus on “Fresh and clean milk”, TH True Milk aims for the leading position in Vietnam dairy market. The young and ambitious player starts to expand their portfolio with continuous innovation in the past few years: the launch of TH True Yoghurt in 2013, new variant TH True Milk Top Kid focusing on kids, and the pasteurized milk in early 2015.

Jumping up 6 places and growing by 69% CRP, Milo has registered its name in the Rural rankings for the first time – With the opening of a new manufacturing firm, Milo is now bringing further growth to the market. Milo has launched many activities for further growth like Milo Activ-Go focusing on energy & health and the Sensory Straw that attract kids to try. Milo also focused its efforts on introducing video clips and sharing tips for recipes to combine Milo into delicious drinks, and even foods! It can now be seen not only as an on-the-go beverage, or sports energy boost for kids, but now as a drink which can be enjoyed as a relaxing and tasteful beverage especially when combined with other ingredients.

Kantar Worldpanel’s Brand Footprint is based on research from 63% of the global population; a total of 956 million households across 35 countries, and 68% of the global GDP. The complete ranking analyses 11,000 brands and 250 billion shopping decisions.  Kantar Worldpanel tracks 200 FMCG categories around the world across the beverages, food, health and beauty, homecare, alcoholic drinks, confectionery and nappies sectors.

The ranking is based on an innovative metric created by Kantar Worldpanel called Consumer Reach Points, which measures every time a consumer chooses a brand. The data for this year’s ranking was collected over the 52 week period between October 2013 and October 2014. All data relates to purchases that are brought into the home.