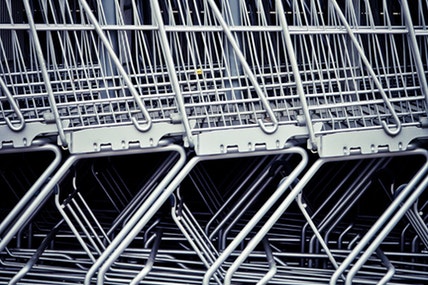 2016 will be a key year for Modern Trade development here in Vietnam. It is expected that many new international chains will be looking to set up shop in the country especially now that Vietnam, in line with World Trade Organization obligations gives greater ease to wholly foreign-invested business to open. The opportunities in the retail sector whets key international players’ appetite and will increase the competition.

Perhaps surprisingly, Modern Trade has grown slower than some forecasted in recent years, with an increase of just 6% share since 2005! Traditional trade remains a refuge and key in Vietnam with shoppers still preferring proximity.

Compared to other South-East Asian countries, Vietnam is the country having the most traditional retail landscape with the 18% share from Modern Trade still two to three times smaller than other countries like Philippines and Thailand, but this represents a huge opportunity for future growth...

All of the foreign investments on the Vietnamese retail network are justified by positive signs of growth. The Vietnamese economy is on a positive trend as the GDP keeps growing by an average of 6% every year.  The population is growing every year and we continue to witness urbanization trend which will affect the retail landscape moving forward. Estimates show that by 2040, half of the population will be living in urban areas (33,1% in 2014). More and more into the future, shoppers in Rural areas will also gain easier access to Modern Trade retail. Data shows that currently over a quarter of Rural households have shopped at least once in a modern trade outlet, and they tend to spend around 2-3 times what they usually spend when shopping in traditional trade.

Kantar Worldpanel predicts that the shares of modern trade in Vietnam will increase and become more important, rising from 18% in 2015 to around 24% in 2020. Some key developments to watch out for will be the rise of the Mini-Store format which will be complimentary to the Hypermarket and Supermarket growth, as well as Online FMCG retail which continues to evolve.

Some obstacles to overcome for larger format modern trade

Despite encouraging figures, Modern trade, especially the larger formats, have to face some challenges in order to expand and convince Vietnamese to change their habits longer term. Vietnamese shoppers like to go to their local stores because they have a good relationship with the owners, while it is easy for them to walk round, or stop by with their motorbikes. Vietnam remains a motorbike country where 96% of the households own at least one motorbike so despite the wide ranges of products available in Modern Trade Hypermarkets and Supermarkets, the trip size is limited as the capacity for transporting goods is low compared for example to a car’s trunks. Developing in store services such as delivery will be key for increasing this basket size from an average of 15 items.

Other obstacles to overcome will be the perception of quality and price in Hypermarkets and Supermarkets.  A recent Kantar Worldpanel Vietnam study in Urban 4 key cities (1) shows that only 53% of Vietnamese shoppers think that Hyper and Super Markets offer a higher quality of products and this perception is declining year after year.

Right now, the average shopper will visit a street shop 112 times in a year, while visits to Hyper and Super markets remains much less frequent, with an average of 15 visits per year. The challenge for Modern trade retailers will be to understand the key needs of urban shoppers so that they can win more of their shopping occasions from the traditional trade to their stores. What can differentiate the Modern trade from Traditional trade?

As long as prices and portfolio of products do not bring any perceived added value or relevancy compared to the traditional stores, the switch to the modern trade will remain complicated.