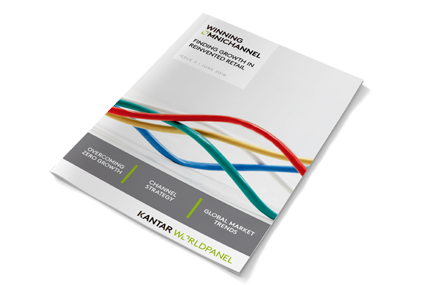 Stéphane Roger, Global Shopper and Retail Director, Kantar Worldpanel, said: “The global FMCG market is harder than even growing only a+1.9% in value last year while gross domestic product (GDP) experienced an almost +4% growth. Beyond the average, growth is fragmented because of booming e-commerce and discounters, and struggling hypermarkets and supermarkets. Shoppers are giving a clear message: they want convenience and value for money. At Kantar Worldpanel we predict that spending in supermarkets and hypermarkets will decline to 48.4% in 2020. Successful strategies need better understanding of the new channel dynamics at play and the differences between countries.”Source: Kantar Worldpanel

David Anjoubault, General Manager of Kantar Worldpanel Vietnam, added: “In line with global context, achieving growth in the FMCG market is now harder than ever, even in developing markets like Vietnam. Though the economy in Vietnam is still among the fastest growing, FMCG growth is slowing down. By tapping into the consumer demand for convenience, minimarkets / convenience stores and online shopping are the fastest growing channels and are forecasted to further expand their shopper base in 2020 to reach nearly 2/3 and 1/3 of urban households respectively. Shoppers today have many more channels to consider when they are planning a shopping trip, and as a result, they are visiting more different types of channels than before. They move from traditional channels to modern channels, from brick-and-mortar stores to online platforms and vice versa. They always expect a better shopping experience with greater ease and speed. To meet their expectation, businesses need to consider omni-channel strategies and create new initiatives.”

[2] Other include: door to door, drugstore, and pharmacy

*Follow links on the right side of this page to download the full report and press release.