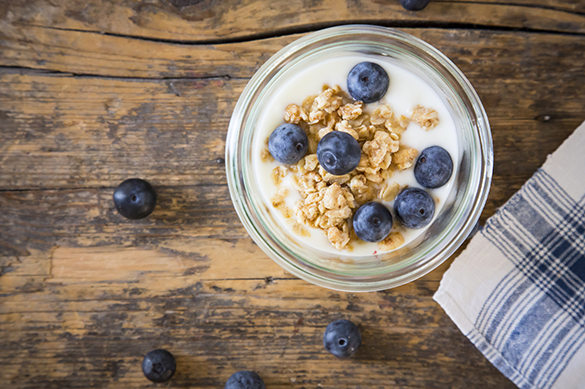 Growth in the dairy market continued to ease by quite a margin in the last 12 weeks, down to 2.1% from 3.1% last period. This update covers the Easter trading period where we saw small year-on-year increases for cream and cheese which tend to be more popular during the festivities.

This slowdown was greater than that seen in total grocery (1.6% down from 1.8%) or fresh and chilled (0.6% down from 1.4%), although dairy remains ahead overall.

Commenting on the findings, Ollie Blurring said, Client Executive, Kantar Worldpanel said: “Volume growth for all markets also eased with dairy at 1.7%, from 3.3% compared to grocery at 1.1% from 1.5% while fresh and chilled was at 1.0% from 2.2%. Volume growth saw less of a fall back than spend across all three markets as they began to annualise on the high levels of inflation seen last year, something that was particularly prominent in the dairy market.

The majority of dairy categories saw reduced growth in the last 12 weeks, with only butter and cream enjoying a slight improvement. The standout decline came in milk, which although still growing by almost £25 million versus the same period last year saw a reduction in growth versus the previous 12 weeks of over £15 million.

Ollie continues: In terms of retailers, despite still having a strong performance overall, the greatest drop in growth for dairy came through the discounters with Aldi’s growth down £8.7 million vs the 12 weeks to 2 December and Lidl’s down £3.1 million. The same is true in milk, with growth falling by £2.6 million and £1.6 million respectively while Ocado and Tesco also struggled and dipped into overall 12 week decline in this sector.

Due to the fall back in the discounters, who overtrade in private label  and tend to have a more Every Day Low pricing strategy, it is sales of non-promoted lines of dairy products that are seeing the biggest fall in growth versus last period, specifically down over £30 million. A large amount of milk is sold at full price and this is where the decline in growth.

The slowdown in dairy’s growth has been fairly widespread across demographics though the less affluent social class, have seen a greater slowdown of - £18million versus the -£7million seen by the affluent social groups; the only life stage to see improved growth is the pre-family group.”

Look out for our next update in four weeks’ time where we’ll see if milk enjoys its usual strong start to the year or if the impact of Veganuary has any effect on the dairy sector.