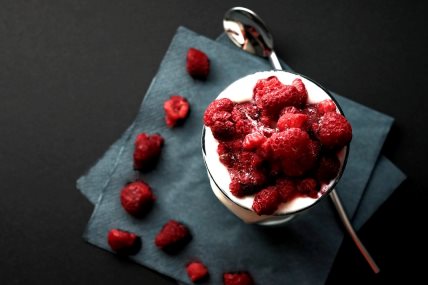 Growth in the dairy market accelerated slightly this period, up to 4.1% from the 3.8%.

Growth in the dairy market accelerated slightly this period, up to 4.1% from the 3.8% seen in the previous 12 weeks. The total grocery market and total fresh and chilled saw improved performance, but still stand behind dairy, growing 3.9% and 3.4% respectively.

Dairy now sits behind both these markets in terms of volume growth, however, with dairy at 1.5% - down from 1.7% last period - while grocery and fresh and chilled see growth of 2.6% and 3.6% respectively.

As Wimbledon kicked off another quintessential British summer, cream was the category at centre court - seeing the biggest relative improvement compared with the previous 12 weeks, with an uplift of 1.24 million on last period’s growth. That said, this performance is still overshadowed by the £6.3million growth in cheese.

Commenting on the findings Oliver Bluring, Client Executive, Kantar Worldpanel said: “The retailers seeing the biggest uplift in cream for this period were Morrisons and Waitrose, which saw improvements of £390k and £330k respectively. Looking at the overall dairy market, Ocado was the strongest performer, followed by Iceland – however Morrisons and Waitrose as both saw impressive uplift in growth of £2.6 million and £3.7 million respectively off the back of their strong showing in cream.”

When we look at shopper demographics, those who purchased cream more frequently during this period were either young families or in the empty nesters life stage. Shoppers in the less affluent groups all drove an increased uplift also.

Though brands and private label both contributed to an uplift in cream, improved growth came solely through non-promoted sales, with lines sold on temporary price reduction (TPR) or Y for £X promotional mechanisms seeing a collective downturn of almost £500k. Looking at the overall dairy market, growth comes through non-promoted lines, however the decline in Y for £X sales has significantly reduced (down by around £6.5 million), contributing to overall performance.

Find out if the dairy market can continue this run of sustained growth in our next update in 4 weeks’ time.