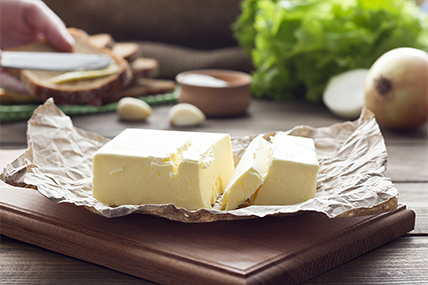 After two successive periods of easing growth, the dairy market saw an improvement in the latest 12 weeks, with growth at 4.5%, up from 4.0%. Dairy continues to grow faster than the overall grocery market and fresh and chilled, which see 2.8% and 2.7% growth respectively. The category also saw improvement in volume terms, up 1.7%.

“This period no specific sector saw notable growth. There was improved performance across butter, cream, cheese and yoghurt which saw growth of around £14million combined. Price continues to be the key driver of performance for dairy, except for yoghurt which has managed to grow primarily through attracting new shoppers.”

The biggest boost for dairy came from Waitrose, seeing an improvement of nearly £4.5 million, followed by Asda and Co-op, both growing by more than £3 million. Shoppers at Waitrose favoured milk, with cheese and eggs also having a strong 12 weeks at the retailer.

A considerable increase for dairy has come from retired shoppers – boosting spend by £7million, with pre-family consumers the next best, spending an additional £2.4million.  Growth among young families has declined, with number of shoppers down by and growth down by £2.7 million. Shoppers in the lower social economic groups see the strongest uplift, worth more than £10.5 million collectively.

A recurring trend for dairy is performance being driven through non-promoted sales which increased by £7million in the last 12 weeks. That said, temporary price reduction sales have also seen marginal uplift while decline of sales through the Y for £X mechanism have eased as well.