FragmentNation: Health inequalities in the UK 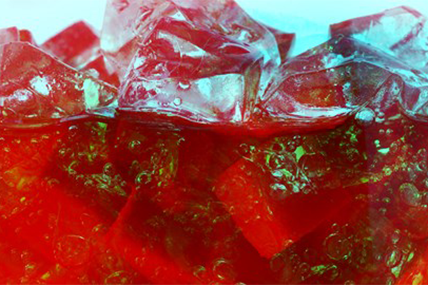 This paper was presented at the Kantar FragmentNation event in London on 11 July 2018. Downloand the full cross-Kantar report here.

After decades of increases, life expectancy in the UK is now edging downwards. It is estimated that adults can lose three years of life if moderately obese and 7-10 years if severely obese. Studies say that today’s obese children could live up to 20 years less than their healthy peers.

Kantar Health’s National Health and Wellness survey (2017) shows clear disparities when we look at mental health, the date someone last visited a health care professional, and those who claimed they were willing to make changes to avoid having to take medication. Men are more likely to be overweight/obese, have diabetes, smoke and drink alcohol; women, in contrast, are more likely to suffer depression and anxiety and seek help. Obesity and diabetes are more prevalent among those in the lower income levels and among the elderly. The picture is complex: the proportion who drink alcohol in general is higher among those in the higher income groups; smoking is more prevalent amongst younger people than older generations.

When it comes to healthy choices, there are some encouraging signs: consumers are telling us that health is increasingly important to them. One in three home consumption choices are driven by health, up from about one in 10 in the 1990s, and this category is now valued at £23 billion. When questioned, most people will say they are interested in their health and diet, with three quarters saying they are trying to lead a healthy lifestyle. But desires relating to health and nutrition don’t always translate into action.

We know there is high awareness of the ‘Five A Day’ campaign, but the average person manages just three portions daily of fruit and vegetables. There are also big variations. Older women on higher incomes living in the south are most likely to reach the target five portions, while men aged 16-24 years only achieve 2.4 per day on average.

Health is a complex subject and means different things to different people. Consumers making choices on the basis of ‘health’ generally claim that the key elements of that choice are ‘health benefits’, getting a portion of fruit and veg, and foods being less ‘processed’. Only about 15% of choices made for health reasons relate to products that are lower in sugar, fat, salt, and calories. So it’s more about what is in products, rather than what is taken out. This can be seen in the increasing demand for higher protein yogurts, cereals, and drinks. Although the number of people saying they are vegetarians hasn’t increased, we are certainly seeing a rise in the number of evening meals that are meat-free, another important health trend.

There is more positive news when we look at the actual nutritional composition of UK shopping baskets. Average calorie and sugar content has been decreasing, and protein and fibre content has been increasing, over the last 5 years. Several factors are behind the decline in sugar consumption: a drop in the purchase of table sugar, a reduction in the sugar content of soft drinks, and the slowdown in some categories with higher sugar, because of consumer concerns about sugar. This is good news for health outcomes, but there is still a long way to go to reach the recommended dietary goals.

Again, there are clear differences in the nutritional quality of take home shopping baskets by income group. Households earning less than £30k a year tend to buy products with higher sugar, saturates and sodium, and with lower protein and fibre, than higher income households.

This is one of the reasons why government policy in this area is intensifying. The Soft Drinks Industry Levy, introduced in April 2018, encouraged the industry to reformulate many products (to below 5gm/100ml) before the Levy actually came into force, and to increase marketing support for lower sugar options. Taken together with the longer term movement towards water and ‘diet products’, the result has been a significant drop in the amount of sugar the UK is consuming from soft drinks over the last few years. Only one third of current take-home soft drink volume was liable for the Levy in April 2018, down from over 40% in 2014.

Government initiatives are going beyond sugary drinks. In the UK, the aim is to reduce children’s sugar consumption by 20% by 2020, and the calorie reduction programme has just been announced, with calorie reduction targets for a set of categories.

These initiatives will affect all households buying these categories but should impact lower income families more, as the focus categories account for a higher share of their total expenditure on food and drink.

So there are clearly opportunities for manufacturers and retailers in health and nutrition. It is a growing consumer trend, with evidence that consumers will pay more for healthier products. But it is important to understand what benefits your consumers are looking for. There is also a clear need for a general improvement in the health of the population overall, and vital for the wellbeing of certain demographic groups, so we should expect more government action to influence or regulate how markets behave. The challenge for the food industry, and the opportunity, is to find ways to comply with new guidelines and regulations, while producing products consumers want to buy.