Gaming experts back with a bang thanks to new titles 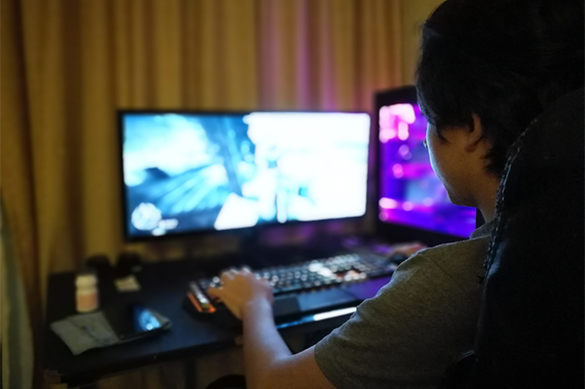 Entertainment specialists Game and Argos registered impressive increases in their share of the physical entertainment market in the 12 weeks to 13 January 2019 – well ahead of the rate of large online retailers such as Amazon and eBay according to the latest figures from Kantar Worldpanel.

Argos and Game’s recent success has been shaped primarily by sales of new video game titles. Much of these have transferred from the supermarkets, which accounted for 49.7% of gaming sales compared with 61.5% this time last year.

Giulia Barresi, consumer specialist at Kantar Worldpanel said: “Consumers really value the trend-led up-to-the minute offer which specialists provide, and supermarkets need to find a way to replicate this feeling.  Entertainment aisles which don’t feel completely up to speed with the hottest new releases won’t attract footfall.  It’s important for grocers to show that they too are specialists who understand the sector – whether that’s by giving space to accompanying merchandise or stocking a wider range of games.”

Among new gaming releases, epic Western adventure Red Dead Redemption 2 was the major success story in the most recent period.  The long-awaited sequel accounted for 21% of sales online and in store and had a major impact on the overall value of the sector.  With most retailers opting against putting the title on promotion, shoppers were left with few options but to pay full price, boosting the average spend across the category.

Giulia Barresi continues: “Red Dead Redemption 2 was a smash hit release for Rockstar Games and has had a major impact on the video game market since its release.  More than half a million shoppers gave the game as a gift over Christmas, and the big price tag meant it made a substantial contribution to the market in the past three months.

“The festive period is always a crucial time for video game sales, and this year saw big uplift in the number of women finding games in their stockings.  Almost 16% of all gaming gifts were given to women, up from 12.5% last year, with the most popular titles being Spyro Reignited Trilogy and Just Dance 2018.  This trend provided a further boost for the specialist game retailers and should provide a lesson for the rest of the high street that despite reducing the shelf space they dedicate to games, they need to think beyond the blockbusters to engage with different demographics.”

It was a tough quarter for physical music, with bricks and mortar retailers in particular strugglingto find favour.  HMV’s troubles were well reported in the media, however from a sales perspective the retailer found areas of growth and doubled its online share of the music market.

Giulia Barresi comments: “HMV has another chance at redemption and there are cues it can take from the independent sector.  Smaller, independent stores now account for more than one of every £10 spent on physical music, a 12.5% increase on three years ago, with shoppers clearly looking for more personal experiences when browsing music.

“One in ten physical music items bought is now a vinyl record, as customers hone in on sound quality and overall experience as they shop.  Artists websites are also showing strong growth, and while their overall share of music is still small, it’s clear there’s a massive appetite for fans to support their favourite artists through physical sales.  HMV will hope that people behind its new owners Sunrise Records can use their indie roots to heighten the bespoke experience it offers in-store and keep attracting music fans to the high street.”

2018 was defined by the strong performance of film soundtracks.  The most recent three month period was no different, with blockbuster hits Bohemian Rhapsody and A Star is Born both releasing hugely successful accompanying albums this quarter.

Giulia Barresi explains: “Hit Queen biopic Bohemian Rhapsody launched the band right back to the top of the charts this period and helped the rock genre account for 37% of all physical music sales – its highest share for five years.  The soundtrack was bought by 140,000 shoppers in the 12 weeks to 13 January, closely followed by Muse’s Simulation Theory which almost hit the 100,000 mark.”

Musicals were also the most popular home video purchases this period, with The Greatest Showman and Mamma Mia! Here We Go Again particularly popular at Christmas.  The hit Abba sequel was bought as a gift by almost half a million people, making it the most popular film present this Christmas.

Giulia Barresi says: “It’s important for retailers to pay attention to the occasions on which people watch films, as well as the genres they buy.  For example, shoppers often opt for releases they can watch at family time or on a date night.  Having a film to watch with family is increasingly popular in particular, and is now the motivation behind 14% of all spend on physical films.  In addition, shoppers looking for films to enjoy by themselves declined for the first time in three years.  This should be of great interest to retailers, who can tailor their messaging to target whichever occasion fits best with this year’s upcoming releases.”