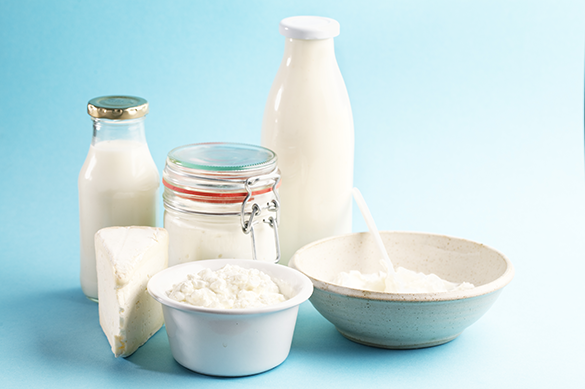 Growth in the dairy market improved ever so slightly in the last 12 weeks growing by 5.1%, up from 5.0% in the previous period.

Commenting on the findings Oliver Bluring, Client Executive, Kantar Worldpanel said: “Despite this improvement, most dairy sectors’ growth is slowing with only milk and eggs seeing an increase. Milk in particular helped drive extra sales in the overall dairy category with improved growth of £6.9 million in the past 12-weeks.”

Amongst the discounted retailers, Aldi saw the strongest increase in dairy with a boost of £4.1 million while Lidl also saw £2.2 million of additional sales. Both retailers also drove the increase of milk at £1.1 million and £1.3 million, Sainsbury’s was the other retailer to do well in this sector with sales of 1.2 million.

When we look at life-stages, a significant portion of growth comes from families contributing an increase of £4.6million - as well as the most affluent social groups, contributing £4 million in sales. All life stages bar pre-families though again, affluent classes, middle and older families are the biggest drivers in sales of milk.

The significance of promoted sales continued in dairy this period, with the majority of up lift coming through the TPR and Y for £X promotional mechanisms, though non-promoted sales also saw up lift. In milk, all price mechanisms saw growth though Y for £X saw the biggest up at £3.7million.

Find out more about whether this performance can be sustained in our next update in four weeks’ time.