Shopping through the eyes of millennials 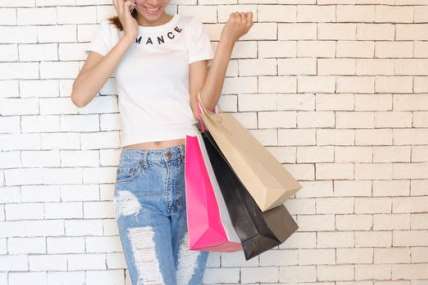 It’s hard to escape the term ‘millennial’ in any field nowadays, especially in fashion.

Millennials continue to be the focus of the fashion industry and for good reason. The majority of this group (defined as those under 25), account for nearly 17% of all clothing and footwear sales in the UK, the third highest share behind those 45 and over. They also have the highest average spend per item at £11.22 - 70p higher than the average - so are more willing to part with their cash on a single item than any other age group. Targeting these buyers is a very different game altogether. They have a very distinctive attitude towards fashion and shopping that sets them apart from other age groups, especially in womenswear, which accounts for nearly 60% of their total clothing spend.

The latest Kantar Worldpanel data (52 w/e 07 May 2017) combines findings from attitudinal questions posed to millennials with our panel data to better understand their attitudes to retail.

In an age where people can compare prices online, retailers are competing more than ever for consumers’ attention and cash. But what we see with under 25s, however, is that once this group is through the doors or online, they are more likely to be enticed to buy something.

Firstly, under 25 womenswear shoppers are 28% more likely than the average womenswear shopper to enjoy shopping. Not only that, but 60% of this group see fashion as a treat and are 46% more likely than average to buy fashion on impulse. This group can be best reached on social platforms where more than a third say they get fashion inspiration. Rather than through advertisements, under 25s look for authentic and genuine promotion, usually from fashion bloggers and influencers whose style they look up to and credentials they trust. In comparison, only 16% of 25 to 44 year old womenswear shoppers look to social media for fashion inspiration.

Another main difference between these womenswear millennial shoppers and other age groups is that loyalty card use is less of a priority. While half of under 25s in womenswear use loyalty cards, they are 17% less likely than the average womenswear shopper to do so. In such a competitive and fragmented market, retailers are bringing in loyalty card schemes to increase frequency and retain more spend from their shoppers’ wallets. With under 25s, however, authenticity and appeal is more important than the potential benefits of a loyalty card. And we do find they are less loyal than other age groups – shopping for womenswear in 13 stores compared with the average shopper who visits 12.

While retailers are constantly looking for ways to garner shoppers’ attention, the best way to reach groups like millennials is to look at how they like to shop and adapt accordingly. Many retailers are promoting what they think their customers want rather than understanding what they want, and this creates a disconnection between the two. Truly understanding their consumers’ mindsets will not only help fashion retailers get to know their shoppers from an attitudinal perspective, but allow comparison against their competitor set as well. Discerning how different groups stand out from one another will help arm retailers with the knowledge to target these groups accordingly.