58% of US smartphone owners also own tablets 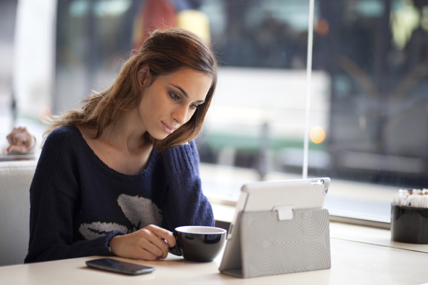 With tablets, Appleâs challenge is to show that being different from a PC is not a bad thing.

According to the latest data from Kantar Worldpanel ComTech, 40% of all smartphones in use in the US are from Apple. Nationally, smartphone penetration has reached 62%. Among all of the people who own smartphones, 58% also own a tablet - and among iPhone owners, 65% have a tablet.
As consumers engage more with their smartphones and tighten their loyalty to the ecosystem, it is natural that they stay with what they know when considering a tablet purchase. Sixty-nine percent of iPhone owners who own a tablet have an iPad. Of iPads currently in use, more than one-fourth, or 28%, are iPad 2; 16% are iPad 3; 14% are iPad Mini; 12% are iPad Air; 8% are iPad 4 with retina display; and 4% are iPad Air 2.

Replacement cycles have been blamed for the slowdown in iPad sales over the past year, and considering that 12% of the installed base is still made up of first-generation iPad users, it is easy to see why that is the case.

Some observers are concerned that tablet replacement cycles are becoming more similar to PC replacement cycles than to smartphones, since 30% of current iPad owners have had their device for longer than 36 months. This is coupled with the risk that smartwatches and bigger phones will absorb a larger share of consumer disposable income and result in a trend similar to the PC market, where upgrade cycles have been further extended.

While the competition for disposable income is real, the concern about tablets following a pattern similar to PCs seems unfounded. A big issue with PC replacement cycles was that users were no longer as closely engaged with their PCs as they started to spend more of their time with new devices, such as smartphones.

Over the past 12 months, 10% of US tablet owners upgraded their device, and in the next 12 months, 13% of non-owners are planning to buy their first tablet. With consumers who are not planning to buy a tablet (believing their PC is good enough), it appears that the advances Apple has made in iOS 9 with multitasking, split screens, and a keyboard that doubles as a touchpad, are helping consumers view the iPad more like a PC.

Early adopters were drawn to tablets because they were different from PCs. But, we are now at a point where bringing mainstream and late adopters on board requires more similarities to the PC, while remaining true to what tablets were originally designed to do.