Apple Pay Not Hindered by Lack of Trust or Understanding 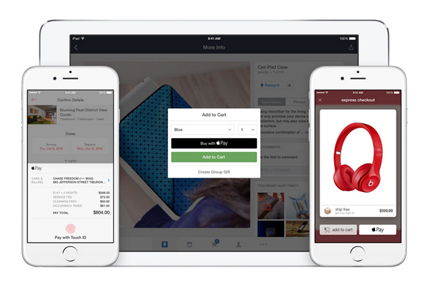 We asked US smartphone users if they had used Apple Pay. iPhone 6 and 6 Plus owners provided some interesting data.

Apple Pay hit the market in October, just after the launch of the iPhone 6 and 6 Plus. While these devices are still in their infancy and have not reached their full market penetration potential, we can start to see the opportunities for Apple Pay. At the end of April, iPhone 6 represented 14% of all iPhones in use in the US, and iPhone 6 Plus represented 5%.

In April, we asked US smartphone users if they had used Apple Pay. We disregarded a few who answered positively despite having iPhone models other than the iPhone 6 and 6 Plus, which do not support Apple Pay. We also ignored the answers of a few with Android devices who said they tried Apple Pay! This points to the effectiveness of Apple’s advertising as well as the aspirational nature of Apple’s products and services. iPhone 6 and 6 Plus owners who used Apple Pay provided some interesting data.

Among Apple Pay users, men were more numerous than women were, with 59% vs. 41% of users, and 55% versus 45% of intenders. This is not surprising since early adopters tend to skew male, but what is interesting is that adoption of the new iPhone models has been slightly stronger among women at 52% vs. 48% for men.

With Google’s recent launch of Android Pay and Apple rumored to be announcing some new incentive practices for Apple Pay at their developer conference next week, it‘s clear we can expect more activity in this space. In March 2015 in the US, as a measure of comparison, only 7% of Android users we surveyed in the US said they used NFC/mobile payment. Google Wallet has been around since 2010, and any Android device with NFC capability can access it for payments. It will be replaced by Android Pay, which offers a user experience much more like Apple Pay.

The lack of enthusiasm around Google Wallet could be linked, in our opinion, to a number of factors – including the minimal marketing effort by Google, a slow ramp-up in support by banks and retailers, and a lack of perceived need by consumers. Improved usability will certainly help, as will the branding change to “Android Pay.” By choosing to use the Android name, thereby linking the service to the platform versus to the company, Google maybe able to ease some concerns about privacy – something that Apple did very well during the Apple Pay launch.