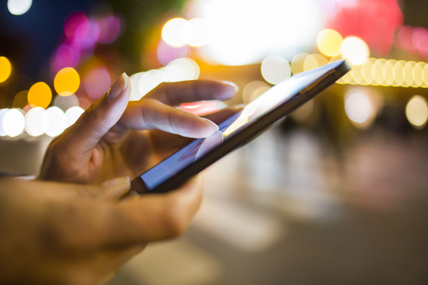 Apple iOS returned to growth across Europeâs five largest countries, while its share dropped in the U.S.

The latest smartphone sales data from Kantar Worldpanel ComTech for the second quarter of 2015 show Apple iOS returning to growth across Europe’s five largest countries, while its share dropped in the U.S.

“Apple iOS returned to growth across all of Europe’s ‘big five’ markets, as it recorded its first year-on-year gain in France since February 2015,” reported Carolina Milanesi, chief of research at Kantar Worldpanel ComTech. “In the U.S., as we forecasted last month, Android’s growth continued in the quarter ending June 30, with both Samsung and LG increasing their share sequentially. Forty-three percent of all Android buyers mentioned a ‘good deal on the price of the phone’ as the main purchase driver for their new device.”

“In Europe, Android’s performance was mixed, posting its strongest year-on-year share drop in Germany since the beginning of 2015,” said Dominic Sunnebo, business unit director at Kantar Worldpanel ComTech Europe. “The size of the screen was the main purchase driver for Android buyers across all of Europe’s big five countries. Although screen size has grown in importance as a purchase driver since the launch of the iPhone 6 and 6 Plus, iOS buyers are generally driven by a wider list of factors, such as phone reliability and durability, as well as the quality of the materials.”

“While the Android ecosystem in Europe and China continues to offer several brands to choose from, Android in the U.S. is undergoing its strongest consolidation yet, with Samsung and LG now accounting for 78% of all Android sales,” Milanesi added. “LG is the real success story of the quarter. Not only did it double its share of the U.S. smartphone market once again, but it was also able, for the first time, to acquire more first-time smartphone buyers than Samsung.”

“In urban China, Huawei took the top spot in the smartphone vendor ranking based on the success of its Honor lineup,” said Tamsin Timpson, strategic insight director at Kantar Worldpanel ComTech Asia. “The Honor 4X, Honor 6, and Honor 6 Plus all made it into the top 10 most popular smartphones. Both Huawei and Xiaomi have been able to expand their appeal to a wider range of consumers by extending themselves beyond their initial market positioning. Huawei now attracts a younger and more affluent base with its Honor brand, while Xiaomi also appeals to older users, who look for reliable, good-value-for-money offers. Within Android, which accounted for 79% of the smartphones sold in urban China in the second quarter of 2015, new names are emerging, such as Meizu, whose share grew 700% over the same period in 2014, while established names, like Lenovo, experienced weaker sales compared to one year ago.”

Over the past few weeks, technology brands such as Marshall and Commodore have moved into the smartphone market. Thanks to Android, the barrier to entry for new vendors has been significantly reduced. “Entering the smartphone market is relatively easy, but being profitable is not,” Milanesi warned. “Some brands may successfully capture a niche if they are able to deliver enough differentiation. However, brand strength in other technology areas, such as cameras for Kodak, or PCs for Commodore, does not guarantee success in the smartphone business.”