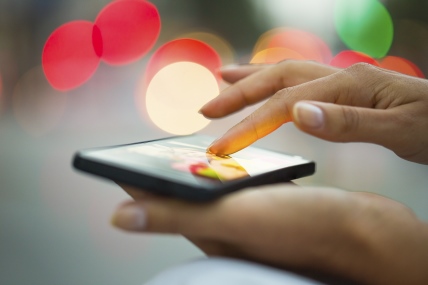 Phablets claimed 21% of all US smartphone sales in Q1 2015 – nearly quadrupling their 6% share from the first quarter of 2014, according to the latest Kantar Worldpanel ComTech market share data.

Apple iPhone 6 Plus took 44% of this segment. Screen size was cited as the main reason for buying a particular phone by both iOS and Android buyers at 43% and 47%, respectively.

Despite this dip in iOS customer conversions, Android achieved a US market share of 58.1% — a 0.2 percentage point gain over Q1 2014. LG had a particularly good first quarter, growing its share to 10.8% from 7.4% one year ago, while Samsung held onto second place as it prepares for the launch of its new Galaxy S6 and S6 Edge in April.

Apple’s iPhone 6 and 6 Plus already represent 18% of all iPhones in use in the US, and 64% of the iPhone installed base is an iPhone 5 or newer model — which is good news for the Apple Watch that interacts only with these newer models.

And one week after the Microsoft developer conference kick-off, it is notable that Windows' US market share has grown little during the past year. Digging a little deeper, it’s easy to see the strong value proposition that the Lumia portfolio offers, as Windows phone sales in the US skew towards the pre-pay market (20%) and installment plans (51%). Microsoft is betting that new Windows 10 functions and the ability for developers to easily shift Android apps to Windows will make the Windows ecosystem more appealing.