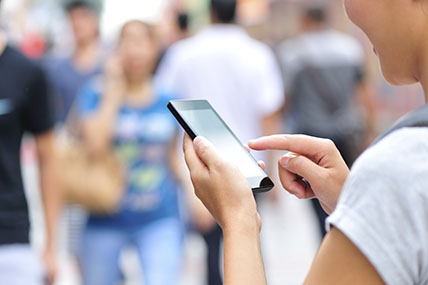 iOS Makes Gains in the US, but Appleâs Share in China Falls to its Lowest Point Since July 2014

The latest smartphone OS data from Kantar Worldpanel ComTech shows that Android OS share in urban China in the three months ending February 2017 was greater than at any time in the previous year, accounting for 86.4% of smartphone sales compared to 77.1% in the same period one year earlier. Android share also rose slightly in EU5 from 74.3% to 75.2% of smartphone sales in that region, but declined three percentage points in the US, from 58.9 to 55.9%.

“Android has achieved continuous growth in China since last February, with its strongest year-on-year gains coming in the three months ending February 2017, when its share rose 9.3 percentage points,” said Lauren Guenveur, Consumer Insight Director for Kantar Worldpanel ComTech. “As we’ve seen in the past, this was due to a strong sales period around Chinese New Year, which is always a busy promotional season, particularly for local brands. Huawei, Oppo, Meizu, Vivo, and 360 all posted year-on-year growth.”

In the US, Android dropped to 55.9% of smartphone sales in the three months ending February 2017, marking another period of year-on-year decline that began in the second quarter of 2016. iOS accounted for 42% of smartphones sold in the US, up 3.7 percentage points from 38.3% the previous year. iPhone 7 and iPhone 7 Plus remained the top-selling smartphones in the US where they have been in the lead since the three months ending November 2016. Although Google Pixel was not expected to be a game changer in its first iteration, there were hopes that it might soften the drop in Android sales that typically occurs around an iPhone launch.

Among US consumers intending to purchase over the next six months, 23% indicate that they will consider a Google Pixel. But since its release, Pixel has not been able to surpass 2% of smartphone sales, in part because supply constraints have limited its availability.

“The February period is always a challenging time to report on consumer behaviour and plans, since many people put purchases on hold following the holidays, waiting for the latest phone announcements from Mobile World Congress,” Guenveur said. “The much-anticipated March 29 announcement of the Samsung Galaxy S8, combined with the somewhat unexpected launch of the (PRODUCT) RED iPhone 7 and iPhone 7 Plus, and the capacity upgrade to iPhone SE a week before that, may mean that the remainder of Q1 and Q2 could yield some interesting, even unpredictable, shifts in the market.”