Apple, top smartphone brand in GB and US in 2016 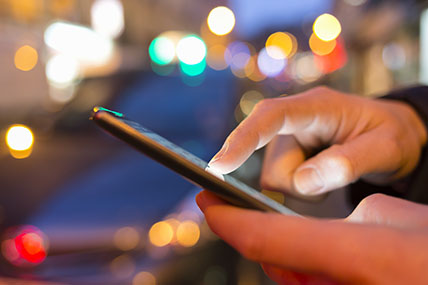 The latest smartphone OS sales data from Kantar Worldpanel ComTech shows that in the fourth quarter of 2016, iOS continued year-on-year growth across all tracked regions except Urban China. Android gained in most markets, except the US, Great Britain, and Australia.

“Although Android still has a larger ecosystem, Apple was the top brand in the US and Great Britain for the final quarter of 2016,” said Lauren Guenveur, Consumer Insight Director for Kantar Worldpanel ComTech. “In EU5, Samsung was first, with Huawei second. In Urban China, Apple was not able to recapture first place, as Huawei continued to hold that spot.”

“iPhone 7 and iPhone 7 Plus were the top sellers for the holiday period, netting their highest share since their release in mid-September, and representing 28% of smartphones sold in the fourth quarter,” Guenveur added. “Despite the expected fallout from Samsung’s problems with the Galaxy Note 7, the company maintained a share of 28.5%, down only 0.9% from one year earlier. Samsung’s Galaxy S7 flagship device, announced at Mobile World Congress 2016, was the third best-selling phone in the fourth quarter. Samsung’s decision to not announce the Galaxy S8 at Mobile World Congress 2017 is not expected to have a large impact on sales, as rumors circulate that the launch will be close to the traditional April date that customers have come to anticipate.”

Android accounted for 50.6% of smartphone sales in Great Britain in the fourth quarter of 2016 vs. iOS at 47.6%. This marked a slight decline for Android from 51.9% in the same period the previous year, while iOS grew nine percentage points.

“Apple achieved its highest loyalty ever in Britain, with 96% of those Apple owners who replaced their phones buying another iPhone,” reported Dominic Sunnebo, Business Unit Director for Kantar Worldpanel ComTech Europe. “More than 50% of iPhone 7 buyers were upgrading from iPhone 6 as the brand’s lifecycle continues to hover around 24 months. Beyond Apple and Samsung’s combined 73% share of smartphone sales in the fourth quarter of 2016, the market remained fragmented. Brands like OnePlus, Alcatel, and Google experienced an increase from the prior year, while big names like Sony, LG, and HTC declined.”

Android accounted for 80.7% of Q4 smartphone sales in Urban China, an increase of 9.3 percentage points year-over-year. iOS made up 19.1% of smartphone sales, down from 27.1% in the same period a year earlier.

“iPhone 7 remained the top-selling model in the Chinese market in the last quarter of 2016 at 6.8%. However, its share was smaller than last year’s iPhone 6s, which represented 10.5% of sales in the fourth quarter of 2015,” said Tamsin Timpson, strategic insight director at Kantar Worldpanel ComTech Asia. “Looking at the broader market, there was a shift in popularity. The Top 10 list of smartphone models sold in Urban China in 2015 consisted of just three manufacturers Apple, Huawei, and Xiaomi. In 2016, a fourth vendor was added to that list – Oppo.”

“Considering iPhone 7’s top-seller status, the absence of a round headphone jack was not a big issue for consumers – and the fallout from the Galaxy Note 7 battery problems was not a significant factor either. As smartphones become commodities, there are fewer compelling reasons to frequently buy a new one, even when holiday discounts are plentiful. Technology continuously moves forward, and while smartphones remain at the center of many new technologies like VR, connected home, and IoT, they are no longer the most exciting devices in the household,” she concluded. 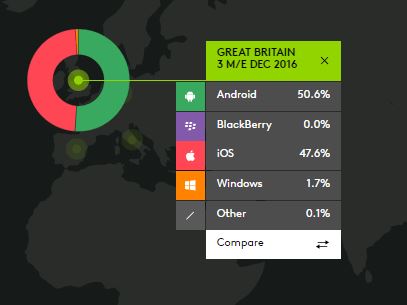